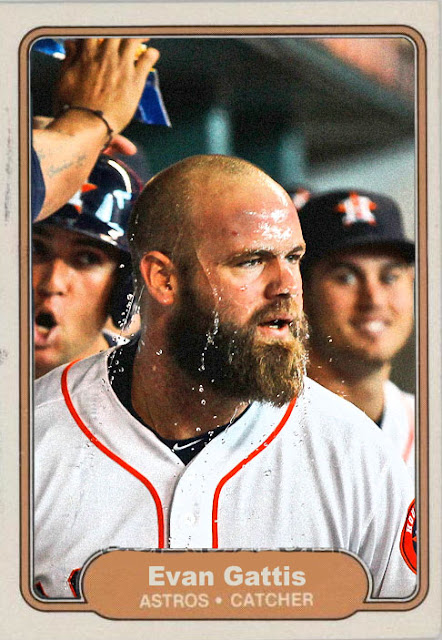 It's a lot easier to succeed when the pressure's off.

Evan Gattis was brought into the Atlanta Braves lineup in 2013, and was hyped as 'the next Brian McCann.' The guy who had been a perennial All Star and played consistently for ten seasons. And Evan Gattis had to do exactly what he did. Even worse, he was being trusted to hit during a season where the Braves, as a whole, weren't. So he's been dealing with a TON of pressure, ever since landing in Atlanta.

So, the Braves did the right thing in trading him to the Astros for Mike Foltynewicz and a bunch of other guys. Because now that he's in a DH role in Houston, he's hitting below .250, but still already has 17 home runs, and has become one of the offensive focal points of the team. It's all because AJ Hinch is giving him less pressure by giving him less time behind the plate, and nobody to be compared to. I mean, while he's not doing as well as, say, Jose Altuve or Carlos Correa, he's still doing pretty well, and has gotten back to his fan-favorite status he held in Atlanta.

And the Astros, barring catastrophe, could be a pretty nice postseason team. They just have to work on their pitching, because the hitting department isn't an issue.

Coming Tonight: The closer for a last place team.
Posted by Jordan at 4:33 PM