Somebody Tell the Giants it's an Odd Year 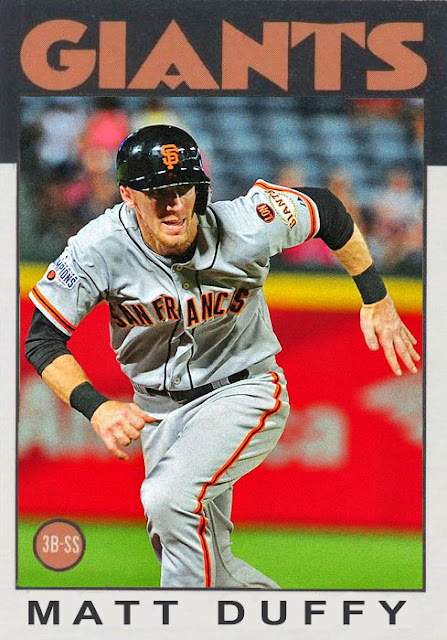 I already talked, today, about a team who really can't decide whether or not they're gonna have a down year. The Giants have the same schtick. This is clearly not a World Series team. There are too many injuries, the pitching staff's not together, half the outfield is on-and-off the DL. Yet that infield just keeps pushing them further and further. Belt-Crawford-Panik-Duffy is pretty perfect, even if Panik's currently on the DL. Rivals Rizzo-Russell-Castro-Bryant as one of the best in the NL. That is where all the momentum is coming from.

Especially Matt Duffy. Wanna talk about a rookie year that's come from absolutely nowhere? The starting third baseman for the Giants this year was Casey McGehee, and people were riding on him to be the guy to replace Panda. Well, McGehee's back in Miami, and Matt Duffy's been playing beautifully, filling the shoes nicely, and being a better fit for that infield-combo than Panda was.

And because the infield is doing so well, the Giants seem to think that they can turn the rest of the team around, and make a WC team out of it. So at the trade deadline, they got Mike Leake. And, two days ago, they got... 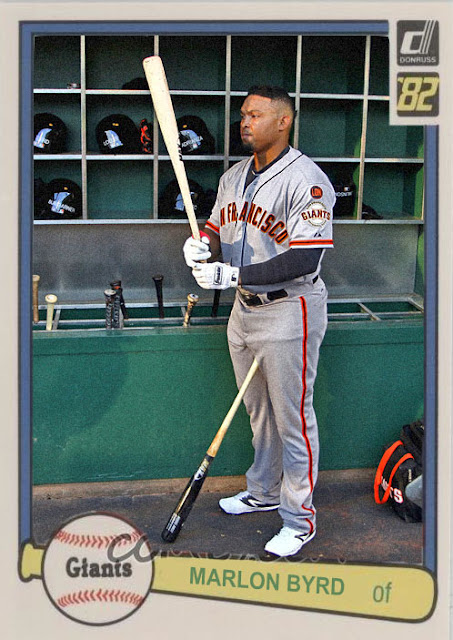 Byrd did the right thing and hit a home run in his first game as Giant, and helped out with the drive, because, he's Marlon Byrd, he does that around this time of year.

Problem is that, unless the Dodgers completely fall apart, this might be all for naught. Right now the Cubs and Pirates have those Wild Card spots pretty tightly locked up, and the only NL West team that goes on is gonna be the one standing at the top at the end of next month. So, either the Giants or Dodgers need to pull ahead quickly.

The Giants probably have less of a chance for a success this October, but I'm not necessarily gonna count them out. I made the mistake of doing that last year, and I'm not doing it again.
Posted by Jordan at 11:42 PM