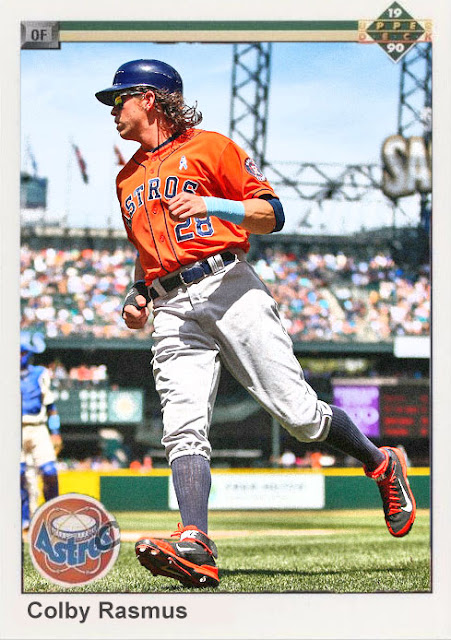 So the Yankees just got swept by the Astros, one of the more difficult teams in the AL to beat, only getting in one win, and even that one was a squeaker. Game 2 we got absolutely crushed, getting 15 runs scored against us. And Game 3, the offense pounded on Big Mike and we only got a run or so.

I honestly don't blame the Yankees. I mean, I wish they could have scored a few more points, but this is a really, really strong Astros team right now. To put it into perspective, even Colby Rasmus is playing really well this season. Even Evan Gattis is hitting 30+ homers. The offense is thriving, especially with the addition of Carlos Gomez. And the people who were hitting already are still hitting, especially Jose Altuve. This is a strong, cohesive unit, and they are a threat for the postseason, so it's no wonder the piled on the Yanks so much.

Best part for the Astros is that the Angels, their only threat, is slowly getting further and further from the wild card spot. People keep beating them, the injuries keep piling up, and their only midseason moves were for 30's utility guys. The Astros are taking complete advantage of this, and continuing to beat the pants off them, even if people like Albert Pujols and Mike Trout are still playing really well.

I'm happy about the whole 'Astros being contenders' thing, and I'm even happier that the Yankees don't have to play them anymore.

Coming Tomorrow- an outfielder for a last place team who unexpectedly shot to the top of the NL Home Run list this week.
Posted by Jordan at 10:21 PM