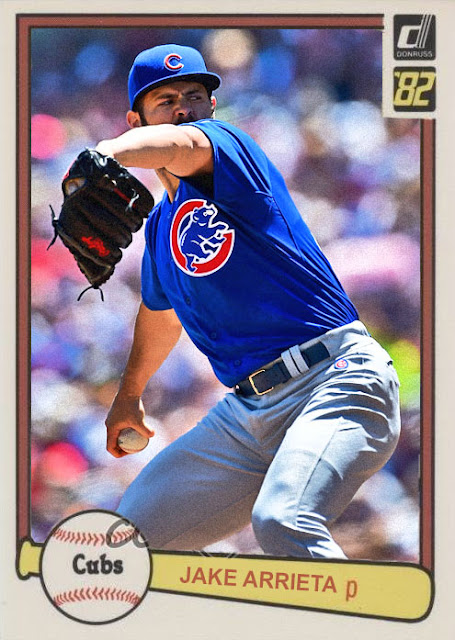 Jon Lester. Dan Haren. Jason Hammel. Three guys who have had some really nice seasons over the past decade or so. Yet the guy who's been leading the charge in the rotation is a guy that the Orioles gave up three years ago, because he couldn't keep control.

Jake Arrieta has been a standout for the Cubs for the past few seasons, increasing in power every year since, and becoming more and more of a force as the Cubs got better and better. And that is something that makes me very happy, especially considering how wild Arrieta was in his first few years with the Orioles.

Right now Arrieta has the best record, best ERA and most strikeouts of anybody on the Cubs, which is outstanding, as even as Jon Lester was poised to be the ace, somebody like Arrieta is commanding the rotation, and becoming the one guy that everybody else looks to.

I'm gonna guess that is Arrieta pitches into the playoffs, it'll be a big story, and he will definitely not let the Cubs down. This a guy who can be as tricky as Bumgarner or Wainwright in October.

Coming Tomorrow- A Blue Jays pitcher (who isn't David Price), who is still having a really nice season well into his borderline-HOF career.
Posted by Jordan at 11:22 PM