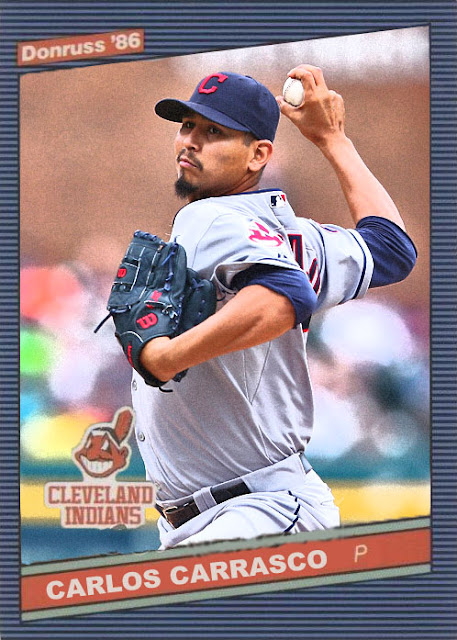 This is the year of the mega pitching staff, I think. The Mets' combo of Harvey-deGrom-Colon-Syndergaard-Matz is setting the entire NL on fire, and the Nationals rotation of Scherzer-Zimmermann-Gonzalez-Strasburg has been strong for a while. Plus, the Dodgers, Cardinals, Blue Jays and Astros are all getting together some major rotations.

Meanwhile, the Indians are sitting around in the corner, going "uh, hey? What about us?"

When you look at them up close, the Indians rotation is actually pretty impressive. They have an ace, in Corey Kluber. They have a guy like Carlos Carrasco who can throw nasty stuff. They have a fireballer like Trevor Bauer who can be the third guy, and they have Danny Salazar coming up in there. Heck, they even have a powerful rookie in Cody Anderson, who has definitely impressed this season.

However, the problem lies with the fact that the Indians have no offense.

I mean, it helped when guys like Michael Brantley, Carlos Santana and Michael Bourn were hot-hitting, like they were last season. Now...not so much. Jason Kipnis was absolutely killing it, but he can only do so much. The only guy who was hitting for power for a while back there, Brandon Moss, just got traded to a team PACKED with run support, the Cardinals.

So...the Indians rotation can be really nice, and pretty (and there are even guys like TJ House waiting in the wings), but unless they start bringing up hitters, they won't be much more than something nice to look at.

Coming Tonight: The outfielder for a team that would be way out in first if they'd be in any other division but the NL Central.
Posted by Jordan at 8:00 AM