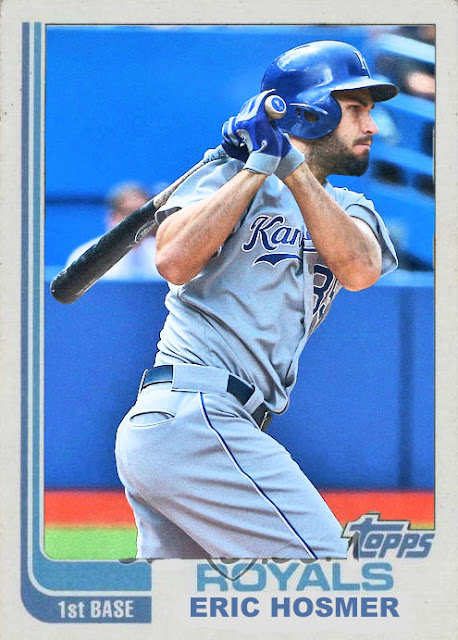 Hey...remember when the Royals were terrible?

I mean, back in 2010, Sports Illustrated put out an article about the Royals farm system, and talked about how they had people like Eric Hosmer and Mike Moustakas warming up in the minors, and that eventually, this team would be a major contender. I remember reading that and going 'yeah, right'.

Well...right now the Royals are, far and away, the best team in the American League. I'll give you a stat. The Twins, right now, are the second best team in the AL Central. AND THEY ARE THIRTEEN GAMES BEHIND!!!!

Nobody in the AL is anywhere close to where the Royals are right now. I have no idea how the Royals were able to do it, but they have become a powerhouse, with a combination of homegrown guys, guys they landed when they were rookies, and guys they've picked up in the last few seasons. Somehow they got Kendrys Morales to play better than he has his entire career. Somehow they traded away one of the best pitchers in baseball, Zack Greinke, and landed two outstanding pieces to their offense, Lorenzo Cain and Alcides Escobar. Somehow they almost made Omar Infante an All Star Starter.

This Royals team is doing outstanding things, and it's all thanks to people like Eric Hosmer, the guy who became the unofficial leader the second Alex Gordon landed on the DL, and was already becoming one of the gold standards for this team. Hosmer is a great first baseman, a great hitter, and a great overall player. He's a great guy to base a team around, and the fact that he's having a nice season is pretty great.

For the record, what makes this team amazing is its depth. Any other team would be screwed at the loss of somebody like Alex Gordon. The Royals, not only do they have Jarrod Dyson, but they have Paulo Orlando. That makes TWO really nice backup outfielders. Plus, their pitching has been doing better as the season's progressed. I didn't expect this team to get so far with Edinson Volquez as their top pitcher. But with everything Johnny Cueto's been doing for the team, I'm not worried. Plus, they have one of the best bullpens in baseball. Wade Davis, Kelvin Herrera, Luke Hochevar, Ryan Madson and Greg Holland...in the same fricking rotation. That should be illegal.

So the Royals are going to waltz to the playoffs, but hopefully they're going to get further than one rung in, because they deserve so much. I'd personally love to see them back in the World Series, if this whole Yankees thing doesn't pan out. Really, anything this season is a success. This team has come so far in just a few short years, and I love that.
Posted by Jordan at 2:00 PM