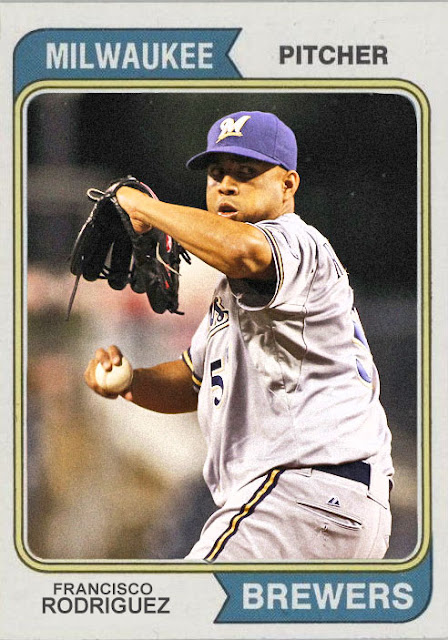 I was worried about Francisco Rodriguez for a second. As a matter of fact, we all were.

After his HUGE 2008 season, he landed in Flushing, and had a couple okay seasons with the Mets. And while these were decent enough offerings, this wasn't the K-Rod we were used to. He was pitching like a human being again, which wasn't normal for K-Rod. Something needed to be done very soon, or else all hope in this once-glory-bound closer might be lost.

Well, his 2014 season was exactly what he needed to return to relevance, getting an All Star gig and regaining his status as one of the toughest active closers in the game. Even better, he was the only Brewer on the AS team this season, and pitched a nice few batters of dominance there. So there's proof that the guy definitely still has some stuff left in the tank.

only problem is he's pitching for the Brewers. Right now the Brewers are pretty badly beaten down, with a  ton of injuries and slumps. He's the one guy who's staying relevant and consistent, but for a losing team, he's not used a lot, because there aren't a ton of winning situations in Milwaukee. So, really, after the 2015 season, there's gonna be a question of whether K-Rod stays in there or not, because there a lot of other winning teams that could use a closer.

Coming Tomorrow- The main batter on one of the most interesting teams in baseball.
Posted by Jordan at 11:21 PM