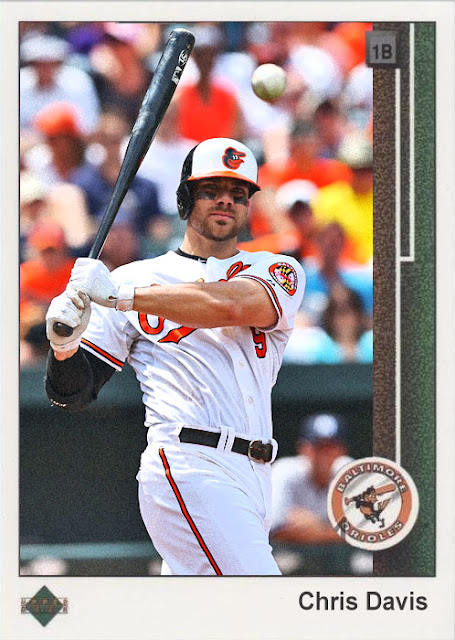 In 2013, need I remind you, Chris Davis had one of the most impressive starts to a season since Matt Williams' in 1994. The man had 30+ home runs by the time the All Star Break came around. He was unstoppable in that quarter, and ever since then, he's been alright at best, hitting a decent amount of home runs, but never to that earth-shattering amount.

I don't know how, and I don't know why, but since the ASG, Crush Davis' bat has come to life, mashing home runs left and right, and becoming one of the main run-producers of the team. Out of absolutely nowhere, Davis has risen to second on the RBI and Home Runs leaders, second to Josh Donaldson and Nelson Cruz, respectively. And again, this is a team that really works when all their big stars are healthy, and for once we have a year where Machado AND Davis are on, so good things are happening.

Only thing is the O's aren't especially a sure thing for the playoffs yet. Right now they're currently entangled in an arms race with the Angels for that last playoff spot, which is getting closer as the days go by. Both teams will trade off being hot, and then they'll lose some games. Plus, neither team has enough materials to truly speed ahead, at least not yet.

I'm personally pulling for the O's, because they have people like Davis, Gerardo Parra, Machado and the surprising return of Nolan Reimold, who have gotten pretty good lately. They also have some pitching depth, and have people like Wei-Yin Chen and Ubaldo Jimenez, as well as countless others, pitching pretty damn well this year.

This is a team that can do really well if they can get lucky, just like last year. Will the rest of the season be as good to them as it was last year? Well, I guess we're gonna find out.

Coming Tonight: Speaking of home-run hitters, the guy who's been fueling the massive power surge in Queens.
Posted by Jordan at 4:03 PM