I did a bit of scouring to finally get some Archives, but rest assured that it's finally here, in my hands, on this blog. I haven't seen a ton of this stuff on the blogs, which is odd, but I'm still not deterred, as that also means I haven't heard much outcry about it either.

I got two rack packs and a blaster. The blaster will be opened tomorrow. I am collecting the set, so only dupes will be up for trade, if applicable. 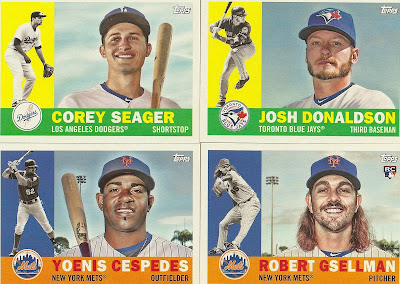 Rack Pack #1-
This, my friends, is what the 1960s look like, and to be perfectly honest...I'm impressed. Yes, it would have been pretty tough for Topps to screw this up after just acing it 8 years ago, but it looks nice here, as it is more geared towards studio shots. I also like the fact that the card stock is thicker on the 60's, to give more of a feeling of authenticity...despite catering teams that weren't around in 1960. 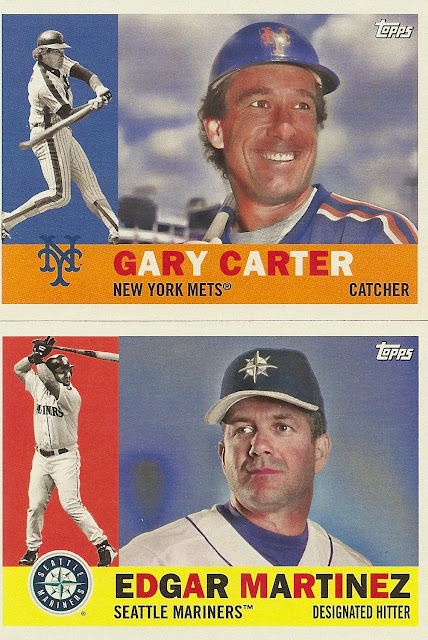 As usual, some retired players showed up in Archives, and these are ones of guys I definitely collect. I'm worried that they're over-filtering the old pictures a bit too much, which should explain the big grey monolithic blotch hiding in Edgar's photo. It's honestly scaring me. It's like someone's breaking through the Matrix. 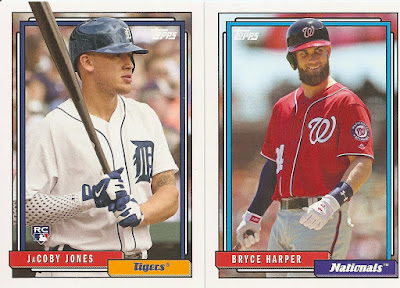 '92s are next, which is weird, because usually they go in chronological order in the pack. Still, only a small quibble as the rest of the design is pretty spot on. I also dig the fact that I was able to pull a Harper that wasn't, like, SSSP'd.

More retired guys, and proof that Topps is venturing out into stranger territories this year. Yes, Spahnny is a foregone conclusion, but Whitey Herzog is a nice inclusion, now that managers are fair game, and while I'd be a bit skeptical about including Aaron Boone based on a single postseason home run...they also make Bucky Dent cards still, so either way. 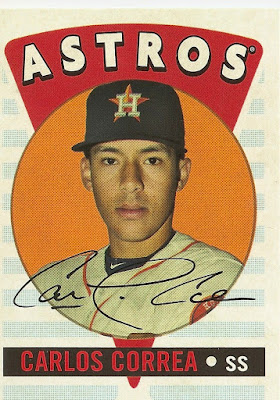 This handsome little Carlos Correa insert is called a 'Retro Original', which means this design was created to look old, specifically for this set. Not exactly sure how I feel about that, but at least it looks kinda cool. 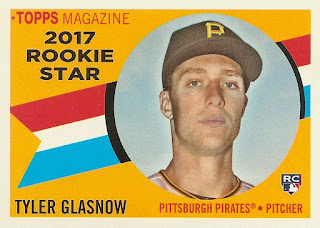 We also get these, which are done surprisingly well given the base template. Glasnow's a nice get, and will be nicer once he starts pitching like all the prospectors said he would.

Onto the 82s, which are also done on thicker card stock and, to be honest, work a TON better than the last version of Archives' 82s do. So yes, while I hate dupe designs in Archives as much as the next guy, they definitely improved on an early effort. Plus, not only does this capture the action shots of '82... 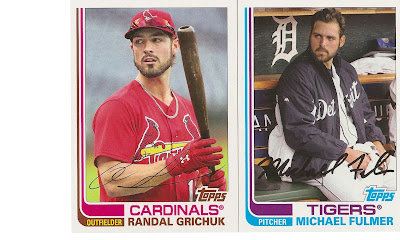 We also get some of the more pensive, un-posed static shots that 82 was making great behind their backs. The Fulmer's a really nice one. 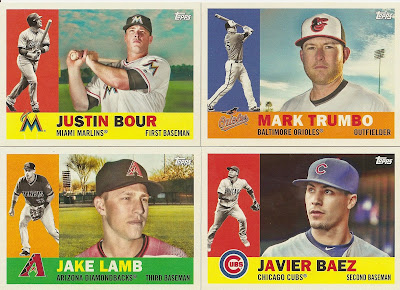 Rack Pack #2-
Fout nice 60s. The background of Bour's does look a bit odd, but they're still nice. 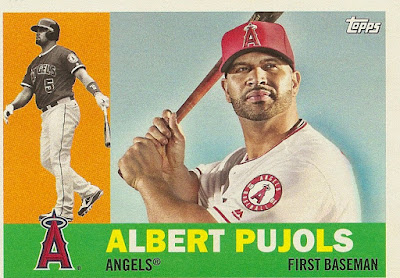 Giving Prince Albert a shoutout for his recent 600 milestone, and also because this is a pretty nice card. I would have pressed down the blotch over his shoulder, but that's just the graphic artist in me talking. 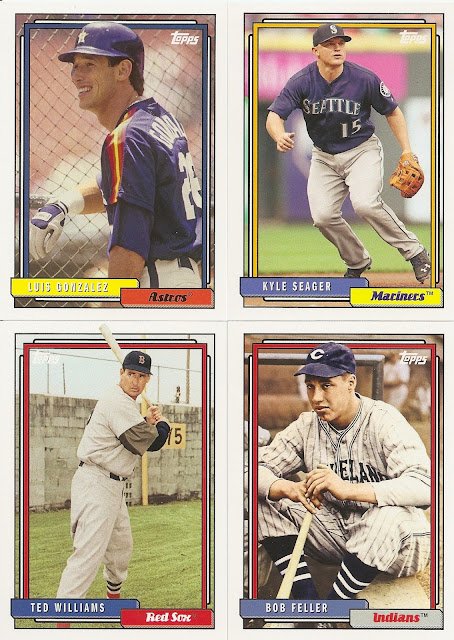 '92s. I do dig the outside the box choice of not only Luis Gonzalez, but Luis Gonzales as an Astro. I also like that they chose a new photo for Bob Feller, as we were running out of refreshing ones. 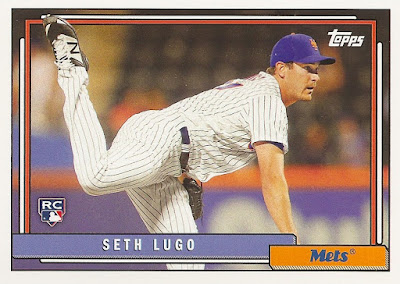 Extra- nice photo of rookie Seth Lugo, who had a nice WBC but has failed to factor into the Mets' subpar season. 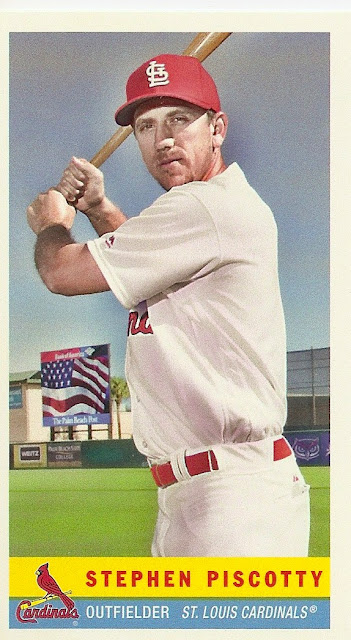 This is a really nice '59 Bazooka insert, and it's pretty impressive. It's a shame it had to be a Cardinal. 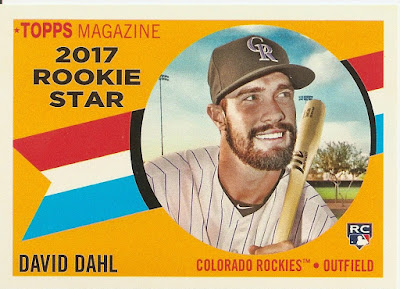 And another '60R, this one of David Dahl...another rookie that hasn't factored much into this season.

82s now. Two products of the 2010s Rays farm system, and one of the best home run hitters in baseball.

Cool static shots. Teoscar Hernandez' is my fave, even though he is, what do you know, ANOTHER rookie who hasn't really factored into this season. I do also dig Sonny Gray's shades.

I really enjoyed this set, and i think Topps is still improving the set after a weak start 5 years ago. I got a blaster of the stuff as well, and that'll go up tomorrow.
Posted by Jordan at 4:26 PM
Labels: 2017, Archives, rack pack, Topps