Pillar of the Community 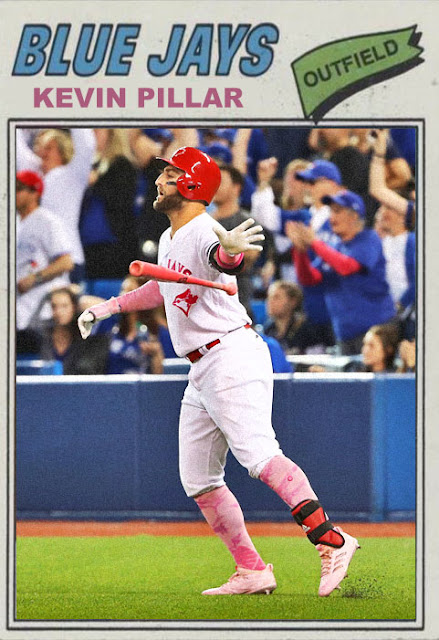 Yes, back to the Blue Jays. They're still not doing very well whatsoever.

Tonight, I did manage to watch a bit of Blue Jays baseball, voluntarily. I mean, it was only because the Yankees were playing them, and winning, but I was looking at some of the things the Jays were doing.

First of all, Jose Bautista's best days are way behind him. That bat flip may have been his last moment of relevance. Tonight he was striking out left and right, not doing a damned thing right. The Jays were smart to build the team around the guy when he was in his prime, and now that he's no longer in his prime, the team's falling apart along with him.

The fielding's not great either. Darwin Barney made an error at 2nd base that got a runner to stay at first. Then, the aforementioned Joey Bats hesitated in throwing to home, which got Didi Gregorius all the way home. The first choices for many positions are currently on the DL, like Devon Travis, and we're left with a very okay, inexperienced (or TOO experienced) team.

The pitching's alright- Marco Estrada and Marcus Stroman are throwing well enough, but tonight the Yanks got the best of Estrada, and the rest of the rotation is currently measuring DL stints. There's not a ton of strength left in a rotation that was, at one point, singlehandedly powering this Blue Jays team.

So...we're left with a tired team with only a few standouts, like Justin Smoak or Kevin Pillar, who'll probably be divvied up by playoff chasers this year. Usually I say it's sad when this sort of thing happens, but...this is a team that didn't especially deserve its success the last 2 years. So I'm perfectly fine with it. Keep it coming.

Coming Tomorrow- Last season he had a huge start, but foiled himself. This year, there's absolutely no sign of that.
Posted by Jordan at 10:34 PM
Labels: Blue Jays, Custom Cards, Kevin Pillar