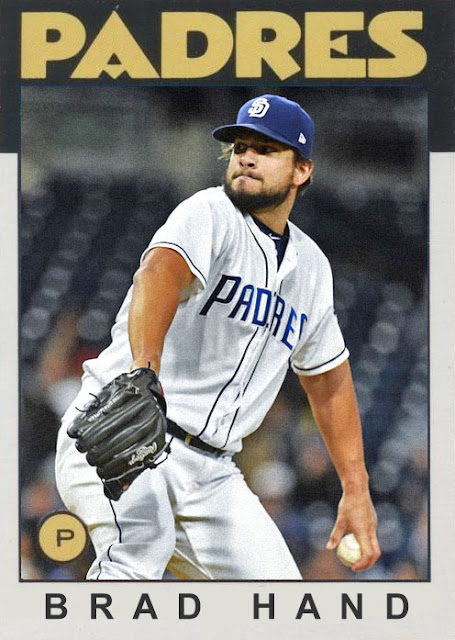 So...I don't think there's anything at all worth talking about in terms of the San Diego Padres.

Look, even if there have been rookies and misfits, and people like Franchy Cordero and Jose Pirela hitting like animals, this is still the absolute most pathetic team in baseball. Nobody on the starting roster is hitting. None of the pitching is polished, and everybody's over the hill. Wil Myers is back to disappointing us (slightly). It's just a mess of a team, even if the little shreds of youth are trying to save them.

Brad Hand's one of the few noteworthy players on this team. Literally...he's just a middle reliever, and he's the only guy worth talking about. That's something.

Coming Tonight: He's royalty in his home country...and he's certainly become royalty in the Bronx.
Posted by Jordan at 10:55 AM