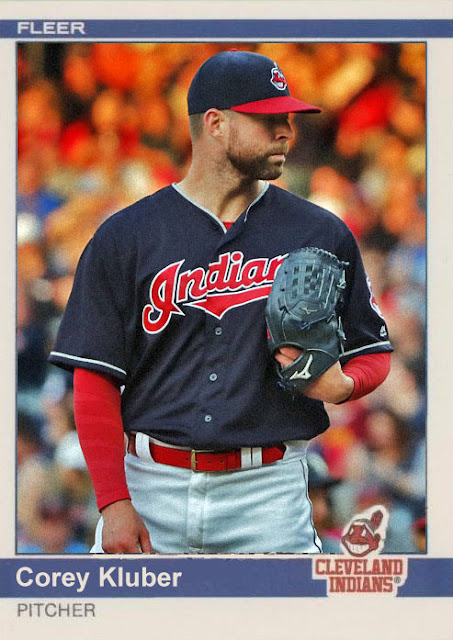 Now in the front seat of this musical-chairs-esque AL Central, the Cleveland Indians. Remember the last time the took a stronghold on the division in June? Yeah, this is sort of like that, but different.

Last year, people were championing how insane and consistent the rotation was. This year, they're not as lucky- Danny Salazar's been pushed to the 'pen, Josh Tomlin's slumping, Trevor Bauer, like usual, strikes a ton of people out but can't win games. Yes, Mike Clevinger and Carlos Carrasco are doing really well, but the real hero is Corey Kluber. Last year he didn't come into vogue into September. Now he's doing some amazing things in June, even after an injury, and coming back to the ace-status he flirted with in 2014.

The lineup isn't as jigsaw-y and ragtag as it was last year. No random old-age success stories like Rajai Davis or Mike Napoli- just Edwin Encarnacion doing exactly what he always does, just in a friendlier uniform. Yes, the base of the team is still its youth, but Jose Ramirez and Francisco Lindor aren't alone this year- Bradley Zimmer's sprung in from the minors and has put up a great average and some great abilities. Michael Brantley's back and hitting like hell, Lonnie Chisenhall's having another great season, and Austin Jackson's putting up his best numbers since Detroit.

Coming Tonight: He hit 4 home runs in one game a week or so ago. This calls for a custom!
Posted by Jordan at 9:58 AM