Unfortunate Timing for an Orioles Custom 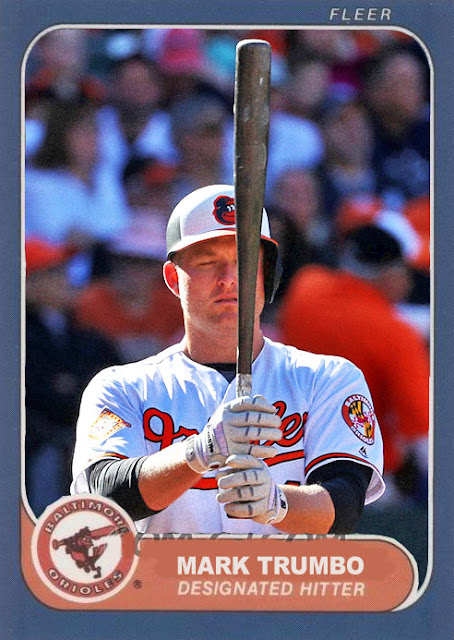 I feel like it's a bit mean-spirited to post a custom from a team immediately after your team has just swept the hell out of them by scoring a combined THIRTY EIGHT RUNS against them.

And even worse- I like the Orioles! I've been to a bunch of their games, and I have a ton of respect for the organization and this current roster. But I don't care how good you are- if the Yankees are scoring THAT MANY runs off of you, you need to look deep down into the roster and see if it's less of a referendum on them on more of a referendum on YOU.

The lineup is at 'good enough' levels currently, which is kind of sad. Mark Trumbo hit 47 home runs last year. So far he's hit 8. Nobody's really wowing people, and the big starts that some of the new additions had are beginning to cool off. The pitching staff, with the exception of Wade Miley and Dylan Bundy, is atrocious. Chris Tillman, Ubaldo Jimenez, and now Kevin Gausman are all giving up too many runs, and if it took the Yankees taking them for spins the last two games to make that abundantly clear to the front desk, then so be it.

The Rays are getting to the point where they're about to lap the O's, and as a guy whose indifference towards the Rays knows no bounds, I'd prefer that not to happen. The Orioles need to figure out how to fix their pitching staff, and inspire some life in their lineup, and maybe, just maybe, they won't get absolutely mutilated by the Yankees' offense next time.

Coming Tomorrow: Having just as good a season as last year, only with the rest of his team pitching in a bit more.
Posted by Jordan at 7:39 PM
Labels: consistently talking about the thing we're not supposed to talk about, Custom Cards, Mark Trumbo, Orioles, the elephant in the room, Yankees