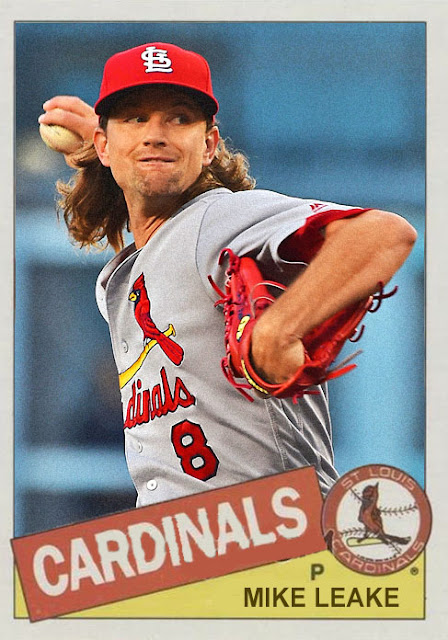 Oh, what a wonderful two weeks we've been having...

...And I see the irony of me saying that, whilst simultaneously rooting for a team that's caused more pain and misery than the Spanish Inquisition.

ANYWAY, BACK TO THE CARDINALS.

They're not doing as well as they were in mid-May, and they're beginning to reform, head back to earth. Mike Leake, meanwhile, is still having a really nice season. It's about time, too- with Adam Wainwright falling from his spotlight a bit, and Carlos Martinez giving up too many runs, maybe Mike Leake's destined to step up in a leadership position. Of course, I could be wrong, and Wainwright could actually spring back to his 2009 numbers any day now, and Lance Lynn could honestly be that guy anyway, but Leake's stuff is very impressive this year.

And it's a good thing the pitching's so good, as the lineup's honestly a mixed bag. As well as people like Jedd Gyorko's doing, nobody else is really wowing people. A few injuries, a demotion, and a ton of middling averages.

I'm not sure if hoping for improvement is the right thing to do here, but...I hope at least something changes? I guess?

Coming Tonight: I think this guy just hit a really important home run recently?
Posted by Jordan at 10:16 AM
Labels: Cardinals, consistently talking about the thing we're not supposed to talk about, Custom Cards, I tried to find a silver lining and didn't get very far, Mike Leake