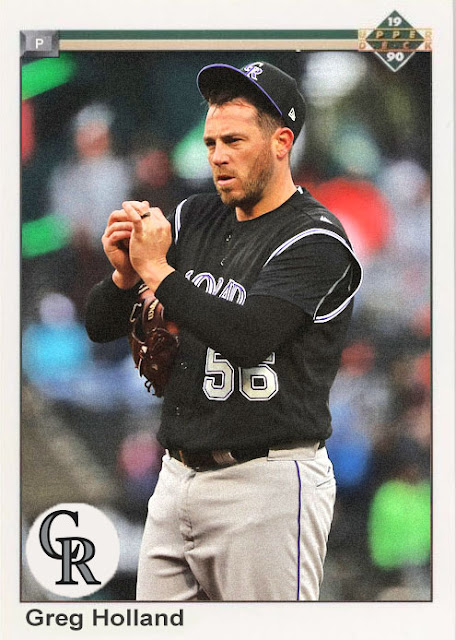 25 saves, and it's not even the All Star Break yet.

The fact that someone could get 25 saves while playing in Coors Field is surprising enough. It's even weirder when you realize that that someone is Greg Holland, a guy that most of us basically counted out after 2015.

Even if the Rockies have lost a smidge of traction in the past few games, Holland is still, far and away, the best closer in baseball. Even if Craig Kimbrel and Alex Colome are slowly gaining on the number, I don't think anybody's gaining on the dominance Holland's worked up. He's right back to the numbers he posted back in 2013 and 2014, when he helped the Royals get back to the top, and had some damn-near-50-save seasons. He's acting like 2015 never existed...which is, admittedly, a good plan.

The Rockies are beginning to run a bit thin, as the ERAs of the once-trusty rotation are beginning to inflate, leaving the lineup to occasionally have to fend for themselves. They're still winning games, but they're all the way down to third, which isn't a great sign when you consider that they were in first for a few weeks. They need to figure out how to get back to 1st, or how to realign the pitching so they're not giving up as many runs.

Coming Tomorrow- That Red Sox rookie we all should be talking about.
Posted by Jordan at 8:49 PM