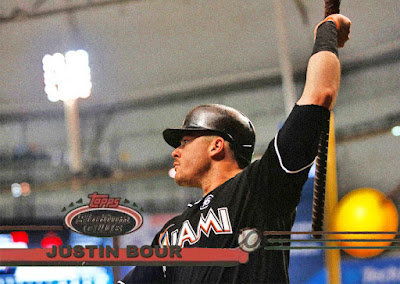 It's weird- last year I was saying that the Marlins were a bit too good to be a third place team. Now...they're lucky to be as high as third.

The middle bit of the NL East is just this endless cavalcade and musical chairs act. Mets, Braves, Marlins. Who's better, who's worse. And they just keep going around in circles, never really deciding which one is truly the best or the worst, and just going by a week-to-week basis of how well they've been avoiding completely falling apart.

There's probably a better way of putting this.

The Marlins' deal is that they have a really great lineup, of people who are hitting tremendously well. Justin Bour's having his best season, Giancarlo Stanton's having a great return-to-form year, Marcell Ozuna is nearly topping last year, and the performances of JT Realmuto, Dee Gordon, Christian Yelich and Martin Prado can't be ignored.

However, like a ton of the down teams this year, the pitching is keeping them from truly succeeding. No matter how well Dan Straily's doing, no matter how many no-hitters Edinson Volquez has, no matter how good Jose Urena looks...the injuries have dealt this rotation a very bad hand, and they don't have a ton of back up plans. Plus, being in the same division as the Nationals, they not have the best chance to succeeding.

The good news is that people, in a month's time, will be caring about the Miami Marlins. The bad news is that it's probably just going to be for the All Star Game.