The Royals Take What They Can 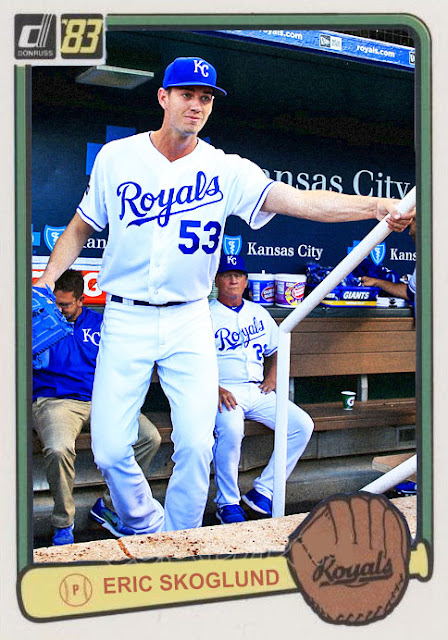 Yes, the Royals are still in last place. But at least the bottom is a bit roomier than the last time I reported this.

The White Sox, last seen slowly inching their way out of the dreaded four-team blockade, are basically level with the Royals. Not sure if this means the Royals are getting better, or the White Sox are getting worse.

Pitching has at least...sort of changed since the last report? I think? Jason Vargas is still doing really well, and the addition of Eric Skoglund to the rotation has given the Royals someone whose ERA isn't IMMEDIATELY above 5. At the same time, Ian Kennedy and Jason Hammel are cold, and Danny Duffy, their other uber-reliable starter, is on the DL. So as much as they can do, they're still limited by lack of options. Plus, as awesome as Skoglund was in his debut, you don't know how far the awesomeness stretches for.

Yes, Lorenzo Cain, Eric Hosmer and Salvador Perez are still playing really well, but this has become the norm. Whit Merrifield's having a great sophomore season, and Mike Moustakas still has 14 home runs, but a ton of guys are still disappointing...like the guy taking over for Kendrys Morales (Brandon Moss), and the two perennial All-Stars (Alex Gordon and Alcides Escobar).

Enough is problematic in Kansas City that the good stuff, especially Skoglund, can't really add much. At least they're trying, though.

Coming Tomorrow- His first season in St. Louis was quite underwhelming. Sadly, though...he's come back around in a big way.
Posted by Jordan at 11:01 PM