Because You All Wanted It, First Place Red Sox 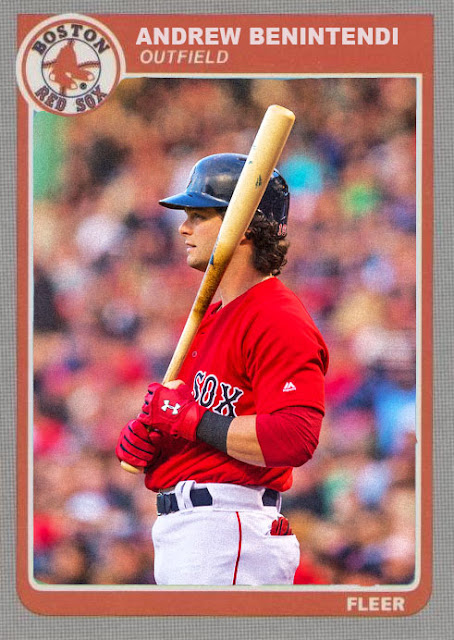 Yeah, at the beginning of the season, there were about a hundred 'the Red Sox are gonna be in first place' articles going around, saying that the Sale-Price-Porcello thing ALONE would propel them to the top. We'd seen this a thousand times before. The Red Sox get one huge star, and everybody thinks they're gonna be amazing, as if they'd never acquired someone in the offseason before. This happened the season they got Price, and it didn't go well for them there, because of reasons not necessarily referring to David Price. So when the '1st place Sox' articles came out in March, I was going 'NO, BE REASONABLE HERE!' I'd seen the 2016 team crash in the playoffs, and there were obviously structural problems quite evident, ones that had gotten worse in the Spring, and people were still saying 'they're a first place team'.

Well...right now they are, in fact, a first place team. Sue me.

They're not by any means perfect. They have no third baseman, as both foreseeable options are hurt, and their only option is an atrocious performance by Deven Marrero. The pitching isn't as red-hot as we all thought- Rick Porcello's looking human, David Price might be headed back to the DL, and Eduardo Rodriguez, well, IS on the DL, leaving a befuddled-looking Doug Fister to try and clean things up. Yes, Chris Sale and Mookie Betts are both fantastic this year, but, as I have to explain to the sportswriters in March every year, two players alone can not make a team great.

Still, they're in first, and they're playing well enough to deserve it. The Yankees have lost a few too many games, and are sitting in second as punishment. Once they become good enough to usurp Boston, they'll be back, but for right now, the Red Sox are in first place. Yes, the Sox did get here by their own merits, and it's not turning into a 'Yankees rule' thing. But...and this goes back to the sportswriters...they're all waiting for the Yankees to get back to first as much as I am.