Stop Pointing At Me, Andrelton Simmons 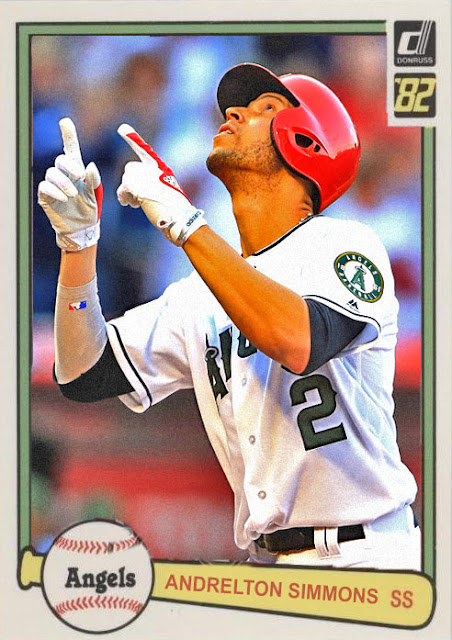 It's weird- of the four teams that are a few miles behind the Astros, I wouldn't have called the Angels having a nice stranglehold on second place. I would have guessed the Rangers, because...they're usually in 2nd place. But I'm happy with the Angels being there, and I'm especially happy with the fact that they're doing this well without Mike Trout.

Andrelton Simmons has stepped up as the defacto awesome player, a year after having some jitters in stepping into a new uniform. He's rivaling his Braves numbers now, playing great defensive ball and hitting really well, becoming the all-around performer the Braves only got hints of. Plus, Cameron Maybin and Martin Maldonado are also doing really well coming onto the Angels.

I mean, the pitching still isn't great. Look, Garrett Richards, Matt Shoemaker and Tyler Skaggs are all on the DL, and all three of them could be doing great right now, but Ricky Nolasco and...a whole host of people who really shouldn't be on a major league rotation are taking over, and it's not going terribly well. I feel like most of the Rangers' home runs are coming from just hitting off of the Angels' rotation.

Coming Tonight: One of the many impressive arms in Arizona.
Posted by Jordan at 10:04 AM