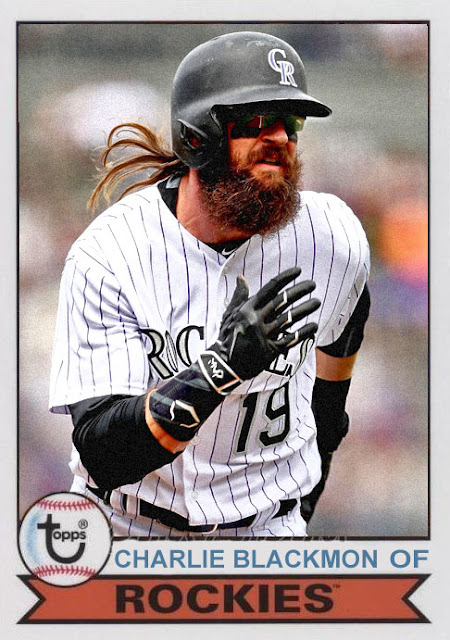 It's two months into the season, and there still aren't too many things wrong with the Colorado Rockies. And after spending the majority of the 2010s just landing in third or below, this is a nice change of pace.

I did not expect the ENTIRE PITCHING STAFF to come around and turn into a shockingly dangerous unit. Antonio Senzatela-Kyle Freeland-Tyler Chatwood-Jeff Hoffman is absolutely slaughtering people in the NL West, and the more interesting part is that they're doing all of this without last year's savior of the rotation, Jon Gray, who's still on the DL for another few weeks or so. If they can all stay hot, and then get Jon Gray to come back on a high note...sweet lord almighty they could be dangerous late in the stretch.

It's even better that they have Charlie Blackmon, who had an insanely hot May, and has been playing better than he has been his entire career, even including his breakout 2014 season. He's currently leading the league in at-bats, total bases and triples, which is a nice little roundup of accolades, but he obviously deserves the acclaim. Even in a season with another supremely great Nolan Arenado performance, and the usual gaggle of great hitters (this year featuring Mark Reynolds, Gerardo Parra, DJ LeMahieu and Ian Desmond), Charlie Blackmon is standing out, facial hair notwithstanding.

I want the progress to keep coming, even in a tough division with the Dodgers and D-Backs still fighting.

Coming Tonight: One of the few sources of above-par performances in Tampa.
Posted by Jordan at 9:24 AM
Labels: Charlie Blackmon, Custom Cards, Rockies