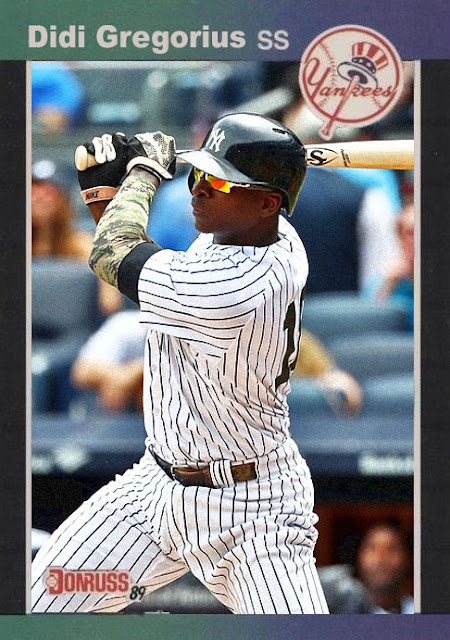 So, we had a bad west-coast road trip. So what?

To be honest, I'm not worried. The Yankees have more momentum than most of the AL, and they just happened to have a bad road trip. They haven't lost their mojo. They still have some of the best players in the major leagues right at their fingertips. The only problem is that without C.C. Sabathia, the pitching is sliding down a bit. They're not completely bad now, they just all had a bad week. They're gonna be at home for a week, and hopefully that will change things a bit.

The lineup, by the way, is still in pristine condition. Aaron Hicks might be headed to the DL, but at the same time, Mason Williams is finally healthy, and we're using him now for all he's worth until the inevitable trade in the next 12 months. Yes, Chris Carter's still problematic, but he's better than he was. Yes, Chase Headley's been cold, but there's a certain someone waiting in the wings, ready to strike within the next month.

Didi Gregorius has had a spectacular month, hitting like wild and making up for his month on the DL. This is a guy we got for absolutely nothing from Arizona, and we thought would just be a steady defensive player that'd get us by for a while, but Didi has impressed big time, becoming a fan favorite and one of the most fun players on the team. He and Starlin Castro make a terrific, hard-hitting double play duo, and it'd be wonderful to see them both in the ASG.

Despite the botched road trip, the Yankees are still looking fantastic, and the hopes are still high.