At Least They're a Fun Mess 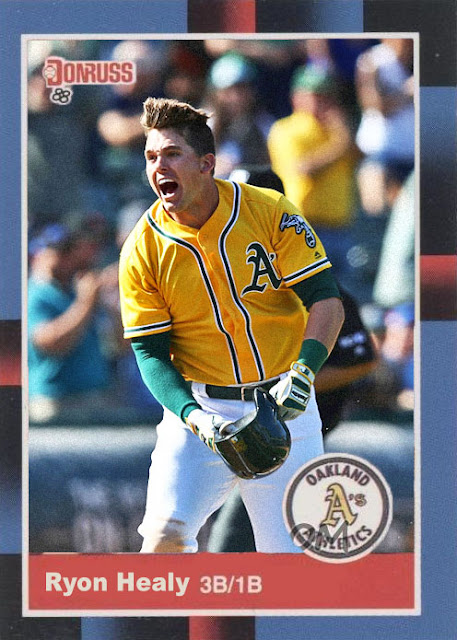 Look, I'm not gonna say that the Athletics don't deserve to be in last. The farm system that led to those amazing seasons in the early 2000s has since dissolved a bit, and this seasons team is a mish-mosh of cheap contracts and overtired prospects. However...of the six last place teams right now, I do think that the A's are probably the most fun to watch. There's doom and despair, yes, but at the same time...there's 3 guys hitting near 20 home runs, and there's two guys most of baseball counted out who are doing really well.

Ryan Healy had a great rookie year last year, and as he started 2017 with a down average I got pretty worried. I thought he wouldn't be able to recapture the magic, and fall short like the rest of the A's. But now he's racked up 17 home runs, and he'd providing A's games with a nice amount of suspense.

I feel like the A's could build a team around this guy, like Anthony Rizzo in Chicago, and stack some heftier prospects and players around him to form a contender. I'm guessing that won't be for a while, but still.

Look, the A's may be dire, but there's some charm to them.

Coming Tonight- I'll be watching one of the other last place teams play ball tonight, so expect some sort of recap afterwards.
Posted by Jordan at 7:45 AM
Labels: A's, Custom Cards, Ryon Healy