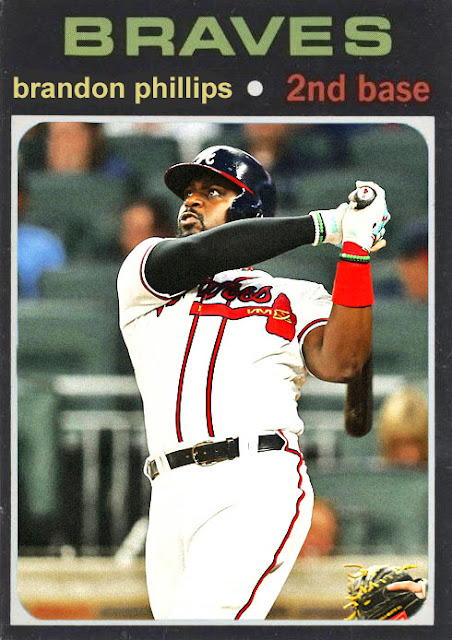 The NL East has been a wild division this year, because...aside from the Nationals, way out in front, absolutely nothing makes sense, and logic isn't acting as it usually does.

Second place in this division doesn't especially exist. The Braves, Marlins and Mets all have the same general amount of wins/losses, with the Braves having a half-game edge on the competition. The entire pack of three is 11 games behind the Nationals. They'd all be in last in basically any other division. And yet all three are technically in second.

The Braves are essentially the 2nd place team, and what's going on there? Their star first baseman's injured, their star starter's cold this year, and the only guys playing relatively well are Matt Kemp, Ender Inciarte...and TYLER FLOWERS. The guy that could barely hit in Chicago is now one of the highlights of a barren Braves lineup that's somehow breaking 2nd.

I'll say that Brandon Phillips, his first year away from Cincinnati, is doing pretty well, but he's showing his age a bit on the base paths, and is relied a bit more for his offensive skills than his defensive skills. He's honestly a mixed bag so far.

The Braves are likable enough, but at the same time...they just can't catch a break. They're playing the Phillies this week, and last I checked the Phillies were routing them. So...it's not going well for them, even in 2nd place.

Coming Tonight: Last week he had a fantastic debut start. Now...he's faced with the fact that maybe he picked the wrong year to come up in Kansas City.
Posted by Jordan at 9:16 AM
Labels: Brandon Phillips, Braves, Custom Cards