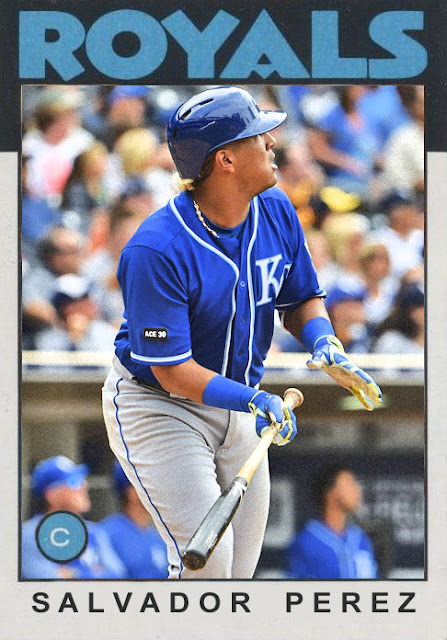 In April...they were absolutely atrocious.

Thanks to the sparks of their stars, like Salvador Perez, Eric Hosmer, Mike Moustakas and Lorenzo Cain, and some people you never thought would be doing well, like Mike Minor, Jason Vargas and Whit Merrifield, the Royals are in third place, whizzing past two teams that were part of the four-man blockade in April, and are now just pitiful.

Also, a bunch of Royals, like usual, are getting a ton of ASG votes, a week or so before voting ends. All's right in the world, I guess.

I'm impressed that Salvador Perez is having an insanely good offensive season, and I'm impressed that the team didn't take a disastrous first month and hang on it. This guy has become the second coming of Ivan Rodriguez, and the Royals have been absolutely embracing him. He's 27, he's made an All Star team every year since 2013, and he's become an indispensable part of this Royals team, as they grow beyond the 2015 title.

The Royals are going to need to seriously push in order to catch up to the Indians and Twins, but they have proven that they have some momentum, and are more than a last place team.

Coming Tonight: Last year he was a a backup third baseman for a team with too many options. This year, his old team has NO options at third base...and he's the starting first baseman for a first place NL team.
Posted by Jordan at 10:37 AM