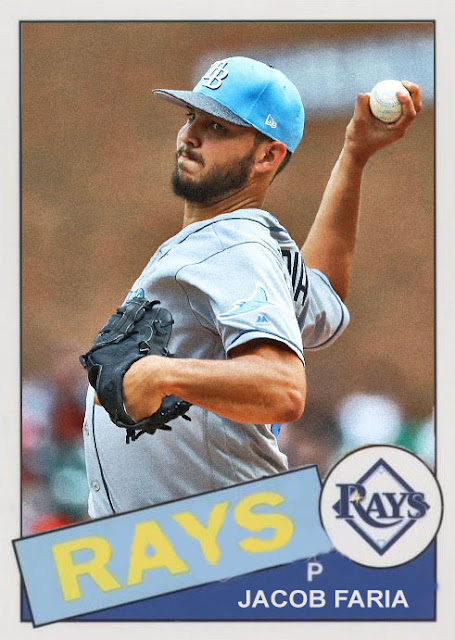 That was a stretch, but I couldn't think of anything.

They were all doing pretty alright this year, and they're all currently injured.

That leaves a lineup of a bunch of people doing really well...and a SHIT-TON of holes.

The bright side is that the Rays seem to have some crafty ways of filling them. They've traded for Trevor Plouffe AND Adeiny Hechavarria in the past few weeks, and have FINALLY called up Wilson Ramos to take over for the struggling Derek Norris. Additionally, Maliex Smith is also, FINALLY, doing well in the majors, and proving his worth outside of Spring Training. And Odorizzi and Andriese's losses have led to the arrival of rookie Jacob Faria, who's been pitching beautifully so far.

So the Rays' roster depth is definitely paying off, and the guys who are playing well are being supplanted by some nice choices. Like earlier in the decade, this is a very, very smart team...but smart isn't really equaling a ton when the Red Sox and Yankees are fighting for first.

Coming Tonight: One of the hardest-throwing pitchers in baseball.
Posted by Jordan at 9:39 AM