The Curse Strikes Back? 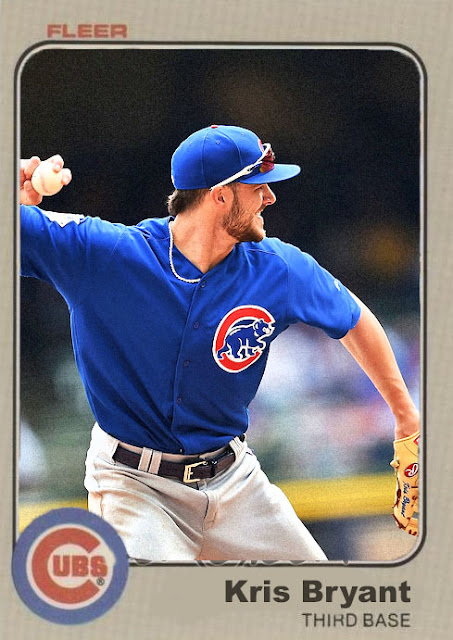 To be honest, I shouldn't have a ton to complain about.

The Cubs are in second place, only a hair under .500, with most of their prime players healthy and their anchors, like Kris Bryant, Jon Lester and Jason Heyward, surging.

It's only because they won the World Series last year that causes this season to look unspectacular. They'd barely looked human for even a slightest moment in 2016, so now that they're actually having a human season, it's hard not to feel frightened.

Even still, it's not the worst season to come from a team that's just won a World Series. Last season the Royals plummeted near fourth, the year after capping off a title. In 2014, the Red Sox completely collapsed, only a year after their breath-taking 2013 victory. So it's been done to deeper depths before, but the reason people are going insane about this merely okay Cubs season is the fact that this exact same team was able to do so much with a ton of the same players last year, and the fact that what worked so well last year hasn't been working this year doesn't connect in people's minds.

At least Kris Bryant is still having a nice season, albeit a step down from his MVP year last year. It's also nice that they're peppering the youth movement, including bench players from last year like Albert Almora and Javier Baez, and rookies like Ian Happ, into the main roster. So there is some evidence that the roster depth that helped the team so well last year is working. Yes, some of last year's all-important starters, like Ben Zobrist and Kyle Schwarber, are disappointing this season, and the pitching is letting a ton more runs go by than they should, but this isn't a DIRE-looking team. They're in second, and they're a game and half behind the Brewers. That's not necessarily a down-and-out team.

There's still some life in this Cubs team, I swear. But it's hard to see it, especially after last season.