McCann Utility and the Coastliners 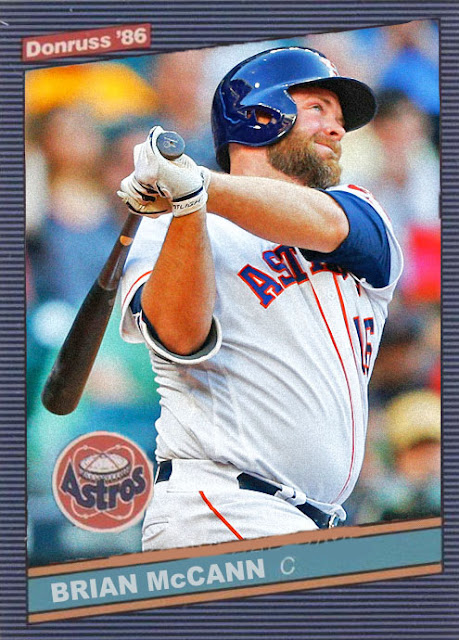 (I couldn't stop myself. I'm too much of a music geek for this.)

So yeah...a year after finishing up some solid home-run-hitting years with my Yankees, Brian McCann heads to Houston and just goes back to being relevant and getting tons of ASG votes. I'd be mad...but Russell Martin did this 5 years ago, so I'm a lot stronger now.

Naw, I still have some respect for McCann, because even if he's not the defensive catcher he was, and even if he's not a Yankees anymore, he's still an offensive threat, and he's playing for one of the best teams in baseball this year. Plus, the Astros are using him! They made room by trading Jason Castro, and they have him, in his mid-30s, playing catcher every day, and it's going really well.

The Astros are still 10 games ahead of the competition, this week a surprisingly hot Seattle Mariners, and are still far and away the most powerful team in baseball, becoming the first to hit 50 wins, and getting a ton of starters into the ASG voting leaders. Normally I'd cry ballot stuffing, but these guys deserve it- Correa, Altuve, Springer and McCann are all playing beautifully.

Again, like usual, I'm hoping for the momentum to hold until the postseason, and hopefully someone like the Rangers won't sneak up in September or something.

Coming Tonight: Two years ago he lost a closing gig in the World Series. Now, he's back to being one of the best closers in baseball, for a team that essentially gambled on him.
Posted by Jordan at 10:10 AM