Not the Worst Place to be 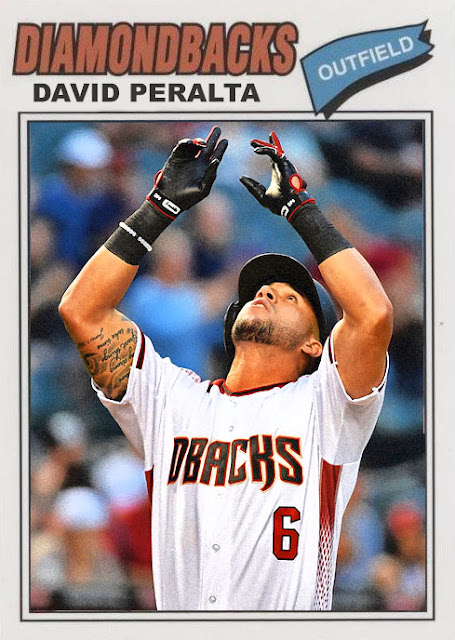 I'd like to point out first of all that, after losing A.J. Pollock for the second year in a row, David Peralta has stepped up in a big way, driving in a ton of hits and playing better than he ever has. I just wanted to say that I'm happy he's finally having a good year, because, for a while, he looked like he'd be the one member of the Arizona youth movement that wouldn't make it...though, currently, it's looking like that's gonna be Chris Herrmann.

The Diamondbacks are in third place in the NL West, but...to be honest, they have the best outlook of any third place team in baseball right now. They are twelve games in front of the competition, the fourth-place San Francisco Giants, and only three games out of first. So, while every other division has at least some tug between the top positions and the bottom ones, the Diamondbacks, unless they completely fall apart, don't seem like they're going to go any lower than third place. It's very likely, though, that they could go higher.

Since the top of the season, those three spots have been an ongoing game of musical chairs between the Dodgers, Diamondbacks and Rockies. Look back every week and a different one's on first. They're all equally good, and they want it equally badly. The team that ends this season in first is gonna be the one that, honestly, gets the luckiest. Because all three of these teams are really good, and it's going to take the other two to have unlucky turns for the third one to come out on top. And I have no conception as to which one that's gonna be.

Still...even as a third place team, the Diamondbacks picked a pretty nice position to be in, two months after the start of the season.