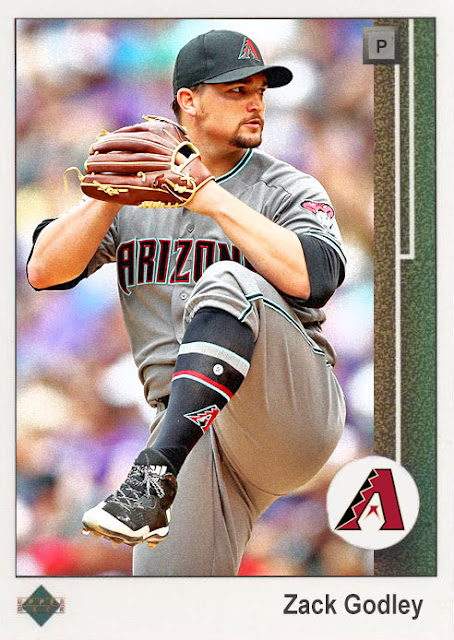 And now, a moment to talk about the Diamondbacks' rotation. Yes, they're all still really good.

I remember a few years ago, when Patrick Corbin was having his big rookie season, I talked about how Ian Kennedy and Brandon McCarthy and all those guys were making that rotation watchable. Well, now Corbin's bringing up the rear in THIS rotation, and all the youth and acquired stars are making this a pretty incredible group of guys.

Zack Greinke and Robbie Ray are already this one-two punch of strikeouts. It took Greinke a good season to warm up to Phoenix' pitching climate, but he's back to near-2015 numbers, and he's giving another reason why he's one of the most dangerous pitchers in baseball. Robbie Ray, unlike last season, is dominating from the start. Ray's 2016 season was more of a hindsight victory, something that only was good when the season ended. Now, he's finally doing well in the wins category, and he's got someone to throw strikeouts WITH.

Taijuan Walker's improving on his breakout 2016 season, and thankfully he's doing so for a winning team. Zack Godley was allowed into the rotation upon Shelby Miller's injury, and he's been wonderful, having a great record and ERA. The rotation's been insanely strong, and backing up an even stronger lineup. Plus, Fernando Rodney's in his 40s and still has 20 saves. Not perfect, but he's not horrible.

The D-Backs are still a few games behind the Dodgers, but they're fighting more than they have in years, and they're proving they have it in 2017.

Coming Tomorrow- One of the best defensive outfielders in baseball, somehow still with this middling AL East team.
Posted by Jordan at 9:24 PM