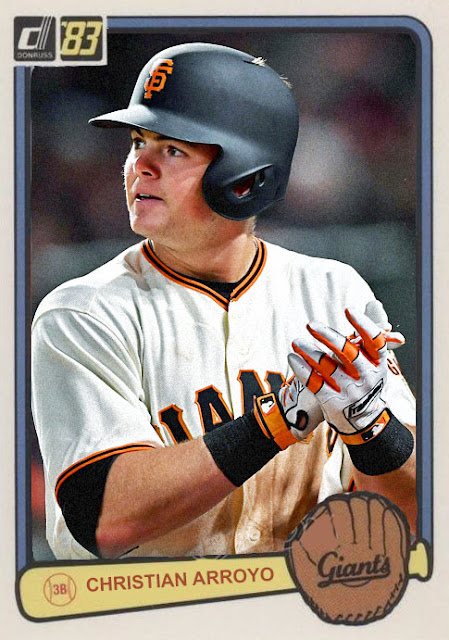 When I literally had to scour the Giants for good photos, and all I came up with was this shot of decent-enough rookie Christian Arroyo, you know that the Giants aren't doing well this year.

There's not much you can say about the Giants that isn't terrible. Hunter Strickland was having a good season until he decided to get cocky and hit Bryce Harper. Madison Bumgarner was having a great season until his ATV accident. Buster Posey IS having a great season, but he's barely producing any RBIs and he can only do so much behind the backstop. Samardzija and Cueto are throwing well, but they're not doing well in the Wins or ERA categories. It's just, to quote Marty Huggins, a mess.

I think it's the combination of the pressure to be great again, and the fact that the pieces that made them great in the first place are beginning to age. Hunter Pence, Matt Cain, George Kontos, Michael Morse...most of the senior members of the 2010s dynasty are aging, not performing as well as they used to. And yes, while Brandons Belt and Crawford, and Joe Panik, are still doing well, they're young, and they're still in their prime. The fact that this Giants team has to replace all the parts that they won Championships with does not bode well for the idea of winning more in the distant future.

At this point, you can only hope they don't completely fall on their face in the end.