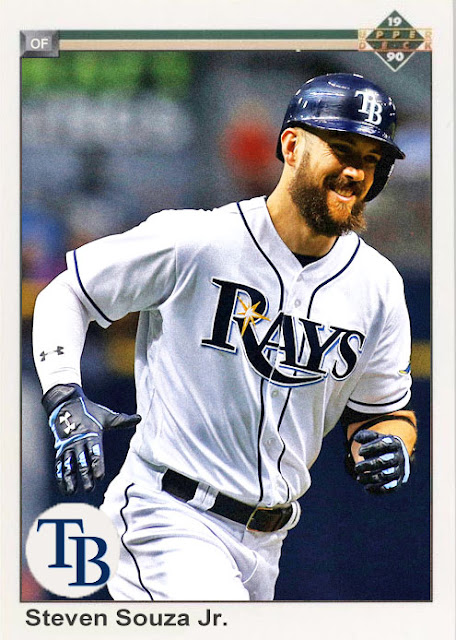 I'm not exactly sure how I'm supposed to report this Rays team. There's enough upwards momentum from people like Corey Dickerson, Chris Archer and Steven Souza that keeps getting thwarted by ridiculous shenanigans.

The injuries keep piling up, that's for one. Once somebody starts being relatively good at their job, they get injured. Maliex Smith, Matt Andriese, Matt Duffy, Wilson Ramos. The people that are stepping up for respective positions range from impressive (Tim Beckham) to embarrassing (Derek Norris). In addition, Derek Norris is not taking any swats on the ball field, but he's been accused of assault at home. Which has to be the most sadly ironic thing on this whole season.

The pitching problem is essentially the same as last season- aside from Chris Archer, nobody's throwing particularly well. They're trying to convert Erasmo Ramirez back to a starter, but it's working sort of alright? A lot of the guys they're bringing up are hit-or-miss, as Blake Snell's already headed back to AAA...but Jacob Faria might have some promise.

The lineup is surprisingly nice, but there are spots where people aren't hitting, and guys they got, like Norris and Colby Ramus, who aren't doing a damned thing. So while I can praise the hell out of this team for trying to form a Rockies-esque strategy in forming a winning roster even while the pitching staff's in peril, I'm not seeing a last-minute 'everything comes together' ending for this rotation for 2018. It's not looking likely.

Still...if the guys who are hitting continue their luck, at least there'll be a reason to go to games.

Coming Tomorrow- He just threw a no-hitter, so of friggin' course he's getting a custom.
Posted by Jordan at 10:52 PM
Labels: Custom Cards, Rays, Steven Souza