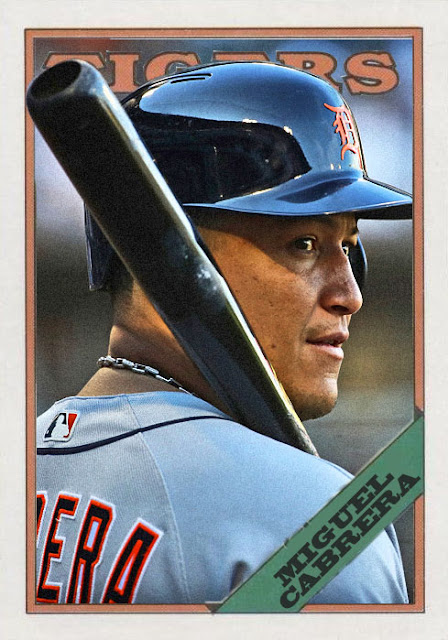 It's been 4 years since Miguel Cabrera had his big '2 MVPs in a Row' breakout, commanding his team to a World Series and reigning as the best player in baseball for several seasons. We're 4 years removed, and Miguel Cabrera is just as relevant now as he was back then. It's not a Pujols situation where the numbers decline and people stop caring. There's just as much interest in Miguel Cabrera's batting performance as there was a few seasons ago. He's a legend. You can't turn that down.

Cabrera's been getting ASG votes again this season, even if he's not posting INCREDIBLE numbers. You could arguably say that this is the beginning of the point where he's giving the reins of the team to someone else, arguably Justin Upton or Michael Fulmer, and staying slightly back, still the same presence but with slightly less pressure.

The Tigers themselves are doing...alright. The main race is between Cleveland and Minnesota, but the Tigers have wedged themselves right near Cleveland, and are fighting hard, despite having some holes and imperfections they need to deal with. Man, it's a good thing their other time-tested anchor, Justin Verlander, has a worthy successor like Michael Fulmer to jump in and absolutely nail some starts. I swear, he's becoming even better than Verlander.

For right now, the Tigers need to iron out their flaws and keep fighting, even if it might not lead them to much. As for Miggy...I'd love to see him start another All Star Game. It'd be fantastic.

Coming Tomorrow- A pitcher for the most unexpected first place team in baseball.
Posted by Jordan at 11:04 PM