The Unprecedented Surprise of the Brewers' Rotation 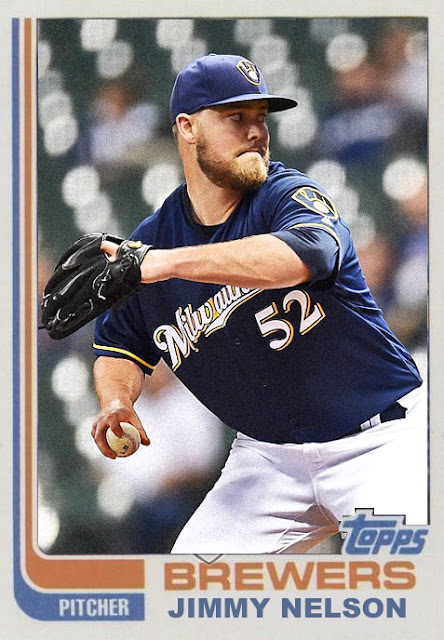 Yes, another post about how well the Brewers are doing. Man, 2017 is just turning into one Twilight Zone episode of a year, isn't it?

I've already talked about the success of the youth movement in the lineup, how homegrown guys like Domingo Santana, Jesus Aguilar, Hernan Perez and Orlando Arcia are excelling this season, in addition to loaners like Jonathan Villar and Eric Thames. But I wanna talk about the pitching for a moment, because I don't think anybody saw the insane success of this pitching staff coming.

Look, we had a brief window into it last season with Chase Anderson, Junior Guerra and Zach Davies doing well towards the end of the season, but they put up weaker, losing-team numbers. Now that they're behind a better lineup, they're all winning a ton more games and becoming even more impressive presences. Anderson I kinda knew would be nice, as he had some impressive starts back in Arizona, but Davies and Guerra came out of nowhere and started mowing people down. This year, for all three, the positive progress has continues. Guerra just got off the DL and is succeeding in getting back the rotation.

It'd be nice enough if they stopped there, but they don't. Jimmy Nelson, who was essentially the Zach Davies of the 2015 season, is back to posting nice numbers and high strikeouts, giving a slightly more experienced presence in the rotation, and a FOURTH really nice arm. Matt Garza was putting up nice enough numbers before he went on the DL, and while he's not at the caliber of his Rays days, he's still a nice enough arm, and is probably gonna be the 5th starter in this equation. Wily Peralta's not great this year, but he works well enough.

This pitching staff has outdone everyone's expectations, and is making a great team even better. And this is the Milwaukee Brewers I'm talking about. It's crazy enough already, and it'll be even crazier if they STAY this good past the break.

Coming Tonight: A hard-hitting veteran for a youth-emphasizing team in Texas.
Posted by Jordan at 10:21 AM
Labels: Brewers, Custom Cards, Jimmy Nelson