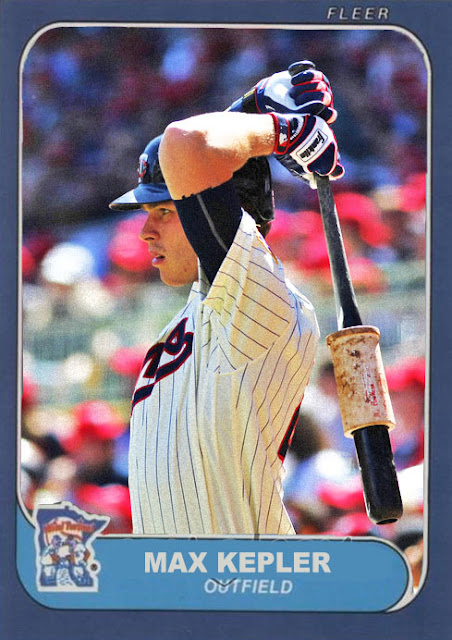 I was worried for a moment.

I saw the Twins play during Spring Training this year, and I could tell there was a spark. Jorge Polanco and Miguel Sano were ferocious, and the team and this optimistic aspect to it I couldn't quote place, but there was a moment that I thought spelt doom for them.

It was early on in the game, and Max Kepler had a nice sized hit. However, in running to third, he landed, hobbling, and called the coach to check it out. By the time his spot in the roster came up again, somebody else was playing it. Kepler, in some way shape or form, had gotten injured.

To me, this was a worrying aspect, as Kepler was a strong, earth-shattering presence in a depleted, tired Twins team last year. He alone powered them through the rest of the year. So if they lost him, I didn't know how 2017 would work.

But...I was mistaken. Kepler wound up starting the season healthy, and has managed to be a pretty nice sized presence in the team. Heck, I don't even think he's the best performer on the team right now- Miguel Sano and Ervin Santana are doing pretty damned well. So the fact that Kepler, arguably the singular savior of the Twins last year, isn't even carrying the team in another good year, says something about the quality of the roster.

It's the youth movement, people like Sano, Jorge Polanco, Jose Berrios and Eddie Rosario, that's keeping this team good and hot. Yes, occasional assists by Santana, Joe Mauer and Brian Dozier do help, but while they're figures of leadership, this isn't exactly their team.

If the Twins are lucky, they'll stay hot all year round. I just hope the youth movement has enough in them to keep them good.