Phillies Game vs. Cardinals- 6/21/17, or AAAAUUUUUGGGHHHH! 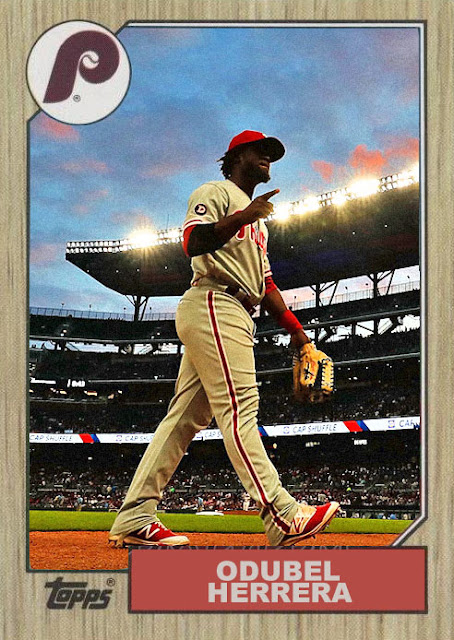 I've been picking one game a year to go to Citizens Bank Park for the past few seasons, mainly because I live 20 minutes away from it, and it's one of the best stadiums in baseball, and if the tix are cheap enough I shouldn't really resist. I like going to games there. The stadium's got character, there's great food, there's a nice devotion to its history, and the Phanatic is one of the best mascots in sports.

The last two seasons, when I've went to games, even if they've had the full '5th place and horrible' thing going, they've still won. This may have had to do with my 'winning streak'- from the 2015 season on, any game I've been to has ended with a victory from the home team. My presence in Chicago (both sides), Baltimore, New York (both sides), Philadelphia (twice) and Pittsburgh has led to victories, even including the Yankees-Cardinals game I went to two months ago.

Heading to the game Wednesday night, for Father's Day, I was hoping for the streak to stay alive, especially considering the Cardinals, whom I'd seen so pathetic and depleted back in April, were in town to play the Phillies.

I settled in my seats, crabbed a thing of Chickie and Pete's crab fries, and joined my folks, in for the game, as this was my Father's Day present for my dad. The rain had passed, and it was Star Wars night, as dozens of costumed characters were running around the field, the announcer had an Obi-Wan cloak on, and all the visiting photos had Star Wars villain photos.

The first inning went rather well- a mixture of some nice turns from the Phillies lineup and some snafus from St. Louis' defense led to a few runs scoring, and putting them up 3-0 against Michael Wacha. This was all well and good, but I had to hope our defense would hold their own. Intially, they did- Nick Pivetta gave some lights-out innings on the mound, bringing some life to a mostly weighty rotation. Cameron Perkins was making his debut, and did well enough in the outfield with a still-hot Aaron Altherr, who made an astonishing catch early on.

This sort of slowly went on for a little while, with hits from both sides, solid defense, great base running, and proof that Howie Kendrick was an ABSOLUTE STEAL for Philly. The Cards were making a ton of errors in the field, as the Phillies' lead grew to 5-0. My dad was already saying my good-luck streak was embodying the team.

Then, things started getting hairy: 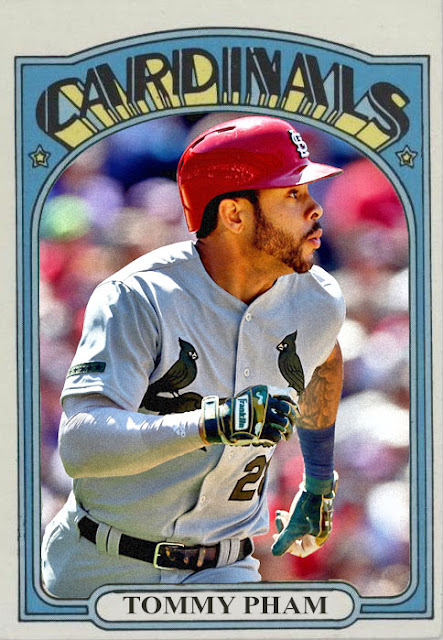 The guy you see above was the Cardinals' answer to Darth Vader on this particular Star Wars night.

He hit a home run off of Nick Pivetta, a simple one-runner, in the 5th. He'd opened the floodgates, as Jedd Gyorko and the rest of the team woke up and started pounding the team mercilessly as the game went on.

The Phillies, as one would do, decided to leave this game to the bullpen. This, however, proved to be a supreme misjudgment from Pete Mackanin's part, as the Phillies' bullpen this year is the absolute worst in baseball. Nobody can even remotely keep a side down. Everyone's either over-the-hill or out of their element. One by one, they came up, then went back to the bullpen after the deficit got worse. Jose Martinez, a pinch-hitter none of us had heard of, hit another home run, bringing the total to 5-4.

Top of the ninth, one out. I'm already packing my shit up, we're all ready to leave, we just want it to end. Hector Neris is on the mound, he's the closer, he's supposed to shut people down, we should be fine.

And Tommy Pham decides now's the absolute best time to hit a home run. Tie game. The Phillies fans start booing, not just the Cardinals, but their own team. The ineptitude of the bullpen had single-handedly caused this. And now they were going to extras over some BS.

After a half-inning of extras that didn't get any better, with even more Cardinals runs, this time on Philadelphia errors, my folks decided it wasn't worth it. We left mid-10, as the Cards had two up on the Phils with a do-or-die inning coming up (and the Phillies, at this point, had become rather inept at the whole 'doing' part).

The Phils lost, 7-6, in extras. It was honestly one of the most infuriating things I've ever witnessed firsthand at a baseball game. However, my dad still says it was a great game, and a wonderful Father's Day gift, so I'm calling this a draw.

Coming Tomorrow- One of the best strikeout artists in baseball, pitching his AL Defending Champs back into first.
Posted by Jordan at 8:44 PM
Labels: allow me to explain why this pisses me off, Cardinals, Custom Cards, Jordan is mad today, Odubel Herrera, Phillies, sigh, Tommy Pham