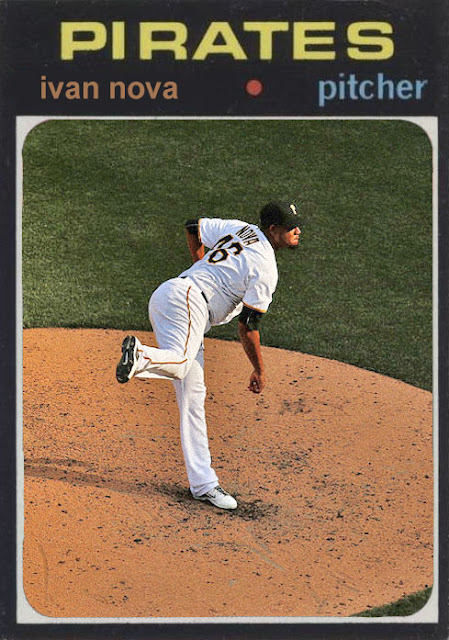 Let's get this out of the way first. If I could just have everyone's attention for a second.

Okay, you can go back to what you were doing.

I figured I'd start with that. The Pirates are towards the end of the NL Central, but they're still relevant enough, especially with Cutch coming back, and Ivan Nova having another truly great season on the mound. The guy had a ton of jitters and inconsistency as a Yankee, so to see him dominant again in Pittsburgh is a marvel.

The team's still working on some things, though the addition of Josh Bell as a consistent, hard-hitting first baseman is noted, as well as David Freese playing a full-time position, Adam Frazier filling in for Starling Marte, and the still-fearsome tactics of Jameson Taillon. There are some holes in the rotation, there's not a great deal of roster depth, and there are a few injuries and just plain down seasons. This isn't a perfect team, but it's rebuilding.

Right now they're essentially tied for third with the Cardinals. The Cardinals have a series with the Phillies this week. I think it would be absolutely hysterical if the Phils took 3 from them. Mainly because I'll be in attendance for one, but also because the Pirates could jump back into a prime position, to potentially chase the Cubs for seconds. Don't know if it's possible this year, but...you never know.

Coming Tonight: After an impressive rookie season, he's back to hitting like hell and conquering my Yankees on the west coast.
Posted by Jordan at 10:38 AM
Labels: Custom Cards, Ivan Nova, Pirates