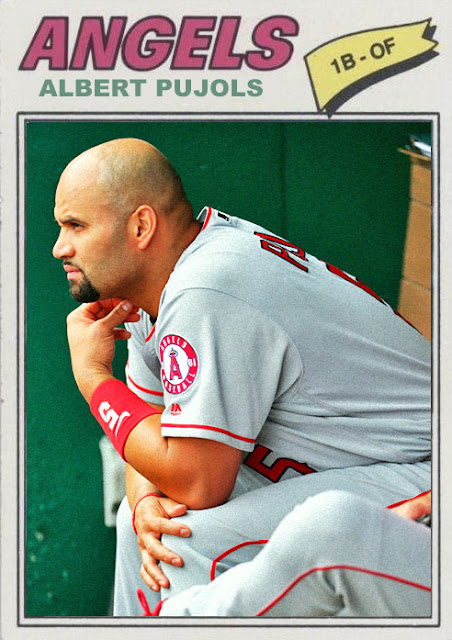 With the departure of Alex Rodriguez last year, Albert Pujols was left as the active home runs leader in all of baseball. Considering the fact that Rodriguez' home runs were only sparingly a thing in the last years of his career, this is all well, especially considering that Pujols just hit his 600th home run, moving further up the charts.

It's even better that he's hit 600 now, considering that he's 37, rather than like 40 or something, and he still has some room left to move further up the charts, chase a few more retired players. Look, aside from the fact that he's getting older and having a below-par season, he's still one of the best pure hitters in baseball, and he still has the capacity to hit home runs. Despite all the sportswriters saying he's done as a legitimate ballplayer, he still has power left, and he's still Albert Pujols.

This season he legitimately NEEDS to be, as Mike Trout's on the DL, and the rest of the team isn't giving the momentum that they should be, especially considering that they're the SECOND PLACE TEAM. They're slightly under .500, lacking good bats and arms, and they're still in Second Place.

Pujols is capable of bringing an offensive spark to the team, a bit more than people give him credit for, but it's still kinda dire for them.

Coming Tomorrow- He's got a big beard and he's one of the best outfielders in the NL.
Posted by Jordan at 9:07 PM