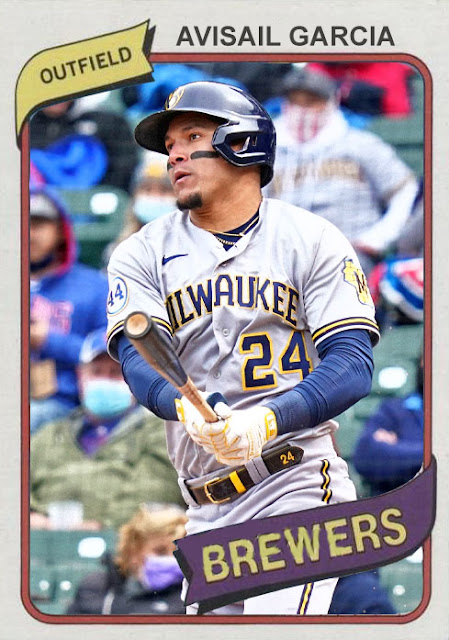 The Bucks are in the finals, the Brewers are in first. Some really impressive developments going on in Milwaukee all around.

For one thing, Willy Adames coming to town has completely turned this team around, as I figured it would. Only Luis Urias and Avisail Garcia have more RBIs than Adames has amassed in his 41 games in Milwaukee, and that's pretty impressive. Also, the rest of the lineup is beginning to come around, with Narvaez still hitting very much for average, Garcia with 51 RBIs and a team-leading 15 home runs, Jace Peterson and Tyrone Taylor jumping into starting roles and impressing in recent weeks, and Christian Yelich beginning to get back to where he left off in 2019. There are still some minor holes thanks to injuries to Kolten Wong, but this team is definitely heading back to a fuller, more consistent lineup, and it's gonna last them a while.

There's not much new to report with the pitching, because it's still awesome. Woodruff, Burnes and Peralta are still all absolutely on this year, and have made a damn near impenetrable three-man lead for the rotation. Adrian Houser and Eric Lauer aren't bad either, they just have higher ERAs. Also, how the hell can you compare to those three? They all have around 120 Ks, the highest ERA is Burnes' 2.41, and Woodruff and Peralta both have 7 wins. Also, the bullpen is still awesome, but that's honestly a given. I'm kinda surprised Hunter Strickland washed up here, he was doing great in Tampa, got traded to LA and sunk, then not even a month later gets purchased by the Brewers. Essentially he was the hidden fifth piece of the Adames trade. And, no joke, he still hasn't allowed a run in MKE. Nice.

What does worry me about this Brewers team is that they can be very streaky, and their opening rise in wins was followed by a steep drop-off with losses. They're not a gradual team right now, they're all or nothing. Hopefully with Adames, they've found enough of a sweet spot to keep rolling. Because right now, everyone else in the division is at least 7 games behind them, and that's the steepest drop-off in a division right now. For a division that was very recently up in the air, the Brewers have made it a foregone conclusion, but remember...we're only at the halfway point. The die could turn again very soon.