How to Compete from Third 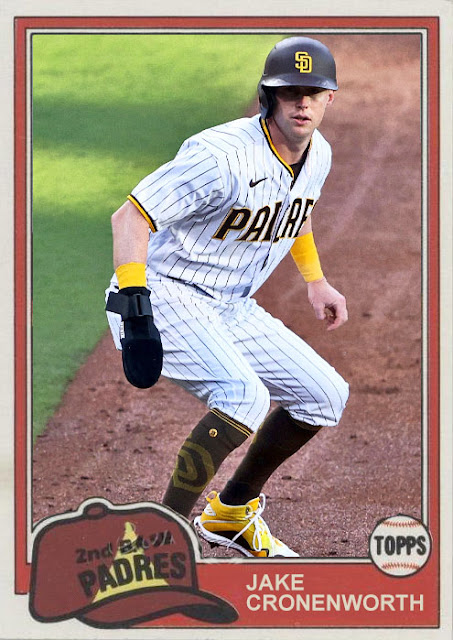 We're nearing the halfway point of the season and people are beginning to level some of the races, especially Wild Cards. And while the NL has the most potential candidates for spots, the NL has the biggest void between the spots and the competition. As bloodthirsty as the Reds are right now, they're still 4.5 games behind the last Wild Card spots.

And currently, as one would predict, the wild card spots belong to the Dodgers and Padres. The NL West standstill, if the season were to end today, would carry into the playoffs. All 3 teams have what it takes, all 3 teams want it bad, this has persisted and will persist.

And considering the top four performers in San Diego, the Padres are gonna continue to fight like hell for a spot.

Of the top 5 WAR performers in San Diego, only Trent Grisham did not get an All Star nod, and he honestly should have. Machado just got elected last night to take over for Ronald Acuna [devastating], Darvish is sitting out but he got in, and Tatis and Cronenworth were sure things.

Jake Cronenworth, though, might be one of the most deadly contact hitters in baseball. First of all, remember that he was traded for Hunter Renfroe, an acquisition that only gave the Rays a good year of average power ball. Of course, Cronenworth would have been buried behind Brandon Lowe in Tampa and may not have fit, but he certainly fit right into the Padres lineup. Right now he's hitting .277 with 34 RBIs, 12 home runs and a team-leading 93 hits. He's very good at getting on base and thumping things where the players ain't- I just saw him do some of this in Philly. He's extremely talented. It kinda sucks that we're just now getting him in the majors and he's 27 [Tatis is 22], but if his prime years can be spent in SD when they're surging, it'll be awesome. I'm still likening him to David Eckstein, but with a bit more pop.

The Padres are going to have to overcome injuries to Blake Snell, Dinelson Lamet and now Yu Darvish [it remains to be seen if this is the kind of injury that impacts the regular season or just the All Star Game] if they want to keep being a major presence in the wild card race. They have dropped some games recently to middling teams, and they've fallen a bit behind LA in the standings. So they're gonna need to prove they can win a playoff, and big. With people like Cronenworth, though, they have a nice chance.

Coming Tonight: Former strikeout artist for a hard-luck team slowly getting used to being on a good team again.