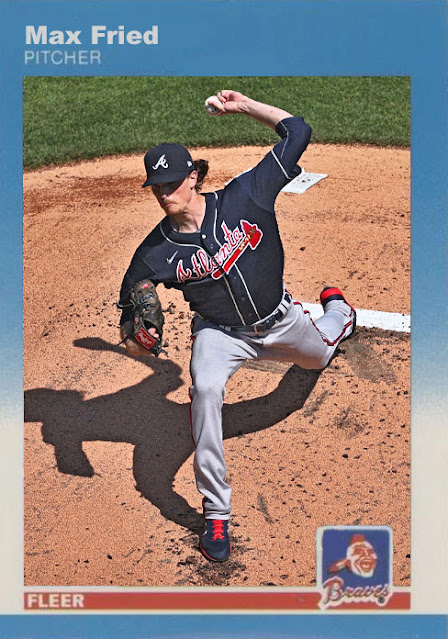 The Atlanta Braves have a minimal chance of making the playoffs. The wild card race is gonna come down to the Dodgers and Padres, and even if the Braves do inevitably edge out the Phillies, they'd still need to measure against the Reds...and also, like, THE DODGERS AND PADRES. WHO ARE AMAZING.

So, the truth has sort of settled in. Joc Pederson's acquisition wasn't a 'let's have him come in and make us a playoff team' kinda thing. No, Pederson's purely an outfield upgrade in the wake of Ronald Acuna's injury, to make sure they don't have to keep starting people like Abraham Almonte and Guillermo Heredia. Pederson doesn't get them to first, Pederson keeps them out of last. He's also hitting .273 with 9 RBIs in 11 games, so his bat has stayed intact even away from Chicago.

The rest of this team is just...dire. The catching position is a toss-up between Kevan Smith and Stephen Vogt. The aforementioned Heredia-Almonte-Orlando Arcia outfield is a real thing now in Atlanta. Shane Greene's tanking and Jesse Chavez is pretty sturdy. Swanson's still not hitting for average. Riley and Albies aren't enough on their own.

At the very least, the rotation has shaped up even without Ynoa and Anderson. Max Fried has found his better numbers and at the very least has 85 Ks. Morton's working on another great season, god bless him. Touki Toussaint is finally performing well in the majors, with two excellent starts under his belt so far. Drew Smyly's 7-3 and healthy, which almost never happens. And Kyle Muller has taken over for Wright and Wilson as the surprise farmhand talent, with a 2.55 ERA in 6 starts, and some nice momentum behind him. So that's at least a nice unit that can get them by for a bit, and the bullpen ain't bad either.

Still...the team as a whole is a disappointment. Clearly. They're nowhere near playoff-caliber, and they just sort of have to stew in this for a little longer. Hopefully they stay afloat and don't fall under Washington, but...it's gotta be a tough ride home for the Braves.

Coming Tomorrow- And the Jacob Stallings award for most out-of-nowhere turn by a starting catcher goes to...