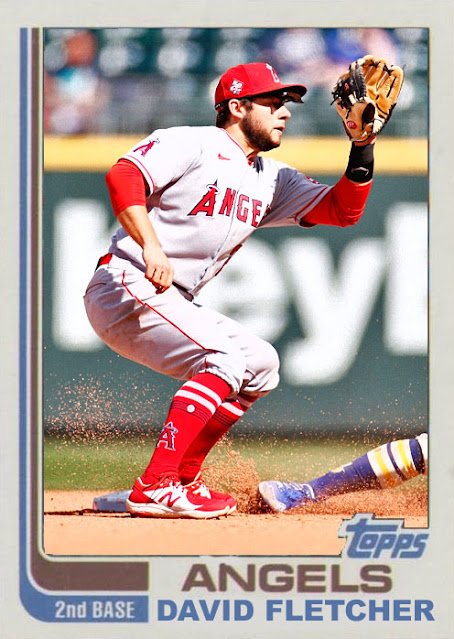 The oddest part of the first half of the season was the amount of time it took David Fletcher to contact-hit consistently.

In April and May, Fletcher had average around .250/.260, was striking out a bit more often, and wasn't among the WAR leaders, and I was...puzzled. This is David Fletcher we're talking about, one of the most underrated contact hitters in the bigs, and one of the best infield defenders in the AL. Why wasn't he clicking? Well, most of the rest of the team wasn't clicking either. Aside from Ohtani, Trout and Walsh, the rest of this lineup was also a bit stifled by the first few months, and are still pretty stifled by the current run. Lots of people like Jose Iglesias, Kurt Suzuki, Taylor Ward and Justin Upton are only doing so well right now without hitting for average.

But then...since June, Fletcher has been hitting over .300, and is hitting .478 in July. He's also the highest-ranking non-Ohtani member of the Angels on the team. And considering how meh the Angels have become this year, which is par for the course recently, it is very nice to have a well-rounded performer like Fletcher roaming about and having big games.

Also, we're getting a few more impressive pitching performances up here, like Patrick Sandoval and Alex Cobb. I have no idea what happened to Dylan Bundy, but at least Alex Cobb has been a good Baltimore export. Raisel Iglesias has 19 saves and 63 strikeouts, another solid season for his rolodex. Jose Suarez is succeeding in a swing role, Steve Cishek's having another ramp-up season that will likely be followed by a letdown season for whoever signs him next year.

But...there's so many giant holes in this lineup, man. Without Trout, what can we get done? Without a competent core, what is there to really conquer. The Angels are 4th in the AL West, the Mariners have more of a chance...there's a very small chance of a sudden LA comeback this year. Once again, it's become 'how can we prevent this next year?'. Which has been the question for the last 8 years.

Coming Tomorrow- One of the many Rockies utility men thrust into the main lineup this year.