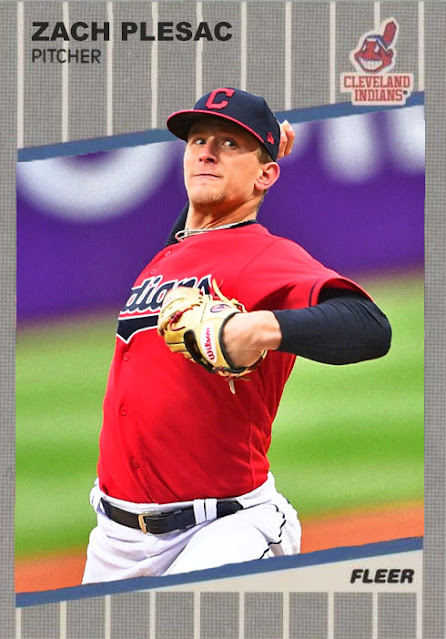 Personally, I'd have preferred 'Spiders'. How awesome would it be for a sports team to be named the Spiders? We have Jaguars, Pelicans, Coyotes, Sharks and Rays. Why not Spiders??? But yeah, Guardians is fine, a little safe for my standards, but...considering what it's replacing, I do understand. Guardians isn't gonna piss anybody off...except for, uh, the people who were really, really attached to Chief Wahoo.

But anyway. Guardians is for 2022. For now, we still have to follow the 2021 Cleveland Indians. As I write this, they're at .500, and in second. Which means the AL Central is back to where it was a few years ago, where one team competes mightily and all the other ones sort of shrug behind it. The Indians are not that team, so they're sort of hanging on at second. Zach Plesac is healthy again, and he's doing alright, with 5 wins in 13 starts. But he's the only real trusted starter from Opening Day to really meet expectations. Triston McKenzie strikes people out, but he has a 5.91 ERA. Sam Hentges and J.C. Mejia are giving up runs left and right, as was Eli Morgan before the demotion. They are using Cal Quantrill more as a starter, meaning we're now at two Cleveland starters whose relatives were relievers in the 90s, and Quantrill's been doing a decent job. But the lack of a strong, healthy rotation has doomed this team more than any other aspect.

Like, I don't think anyone would have predicted that the Cleveland outfield by midyear would be Harold Ramirez, Bradley Zimmer and Oscar Mercado, but none of them are doing too badly. Ramirez is having a great comeback year, hitting .269 with 24 RBIs. Bobby Bradley already has 11 homers and is coming into his own as the everyday first baseman. Roberto Perez is back, and while he's not hitting for average, he's still a better option than Austin Hedges. Cesar Hernandez has sacrificed his contact numbers for excellent power, with 16 homers. And Ramirez and Reyes are still holding the lineup together.

This is far from a great team, and they're barely even competitive, but they're solid enough to finish with some semblance of dignity, and I doubt they'll be complete sellers this week.

Coming Tonight: A lot of his teammates are likely to be traded this week. Will he survive?