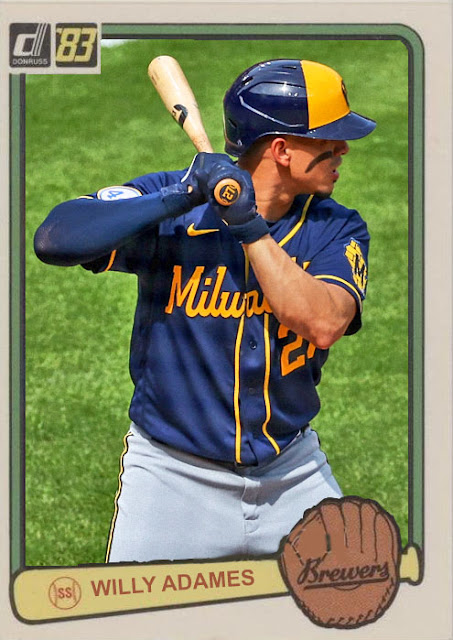 Willy Adames began the season with a .197 average, and 15 RBIs in 41 games. It was a disappointing, muddled start for an infielder who had been so essential to the 2020 World Series team. With two infield prospects waiting behind him and the team sagging in the standings, Adames needed something to fix his swing and jolt him back up.

That something was, as it turns out, a trade to the Milwaukee Brewers.

Since Adames' departure, the Rays have struggled at short, with Taylor Walls and Wander Franco not shaping up as major leaguers quite yet. Meanwhile, Adames has been hitting .302 with 38 RBIs in 53 games with the Brewers. So I guess you could say they won, with all apologies to J.P. Feyereisen.

The Brewers have managed to fend off the Reds and remain in 1st place, which is a very nice feat considering how the Cubs and Cardinals have curled after taking 1st themselves. The trick is that three-headed monster in the rotation, Woodruff, Burnes and Peralta all have upwards of a 3.0 WAR, they all have ERAs lower than 2.39, and they all have between 135 and 140 strikeouts. They are all in sync, on fire, and coming for you. The trick is praying for the other two days, which are slightly easier with Adrian Houser and Brett Anderson, but not completely harmless. Houser still has 5 wins and a 3.97 ERA, and that's no slouch.

Meanwhile, Adames, Kolten Wong and Omar Narvaez are all league-caliber, Yelich is heating up, Luis Urias and Jace Peterson are working at third, and Keston Hiura and Rowdy Tellez, uh...hopefully will hit for average soon enough. The important detail is that the bulk of this team can contact-hit, and the lack of true power-hitters won't be much of an issue [though Avisail Garcia's 17 homers certainly aren't bad].

I'd love to see this team make it to the end in 1st, but I can't really count out the Reds, or even the Cubs or Cardinals. This division almost always has a spoiler, and hopefully the Brewers can hang onto the momentum.

Coming Tonight: Perhaps the one player who didn't even need the Astros' help to become a contact-hitting superstar.