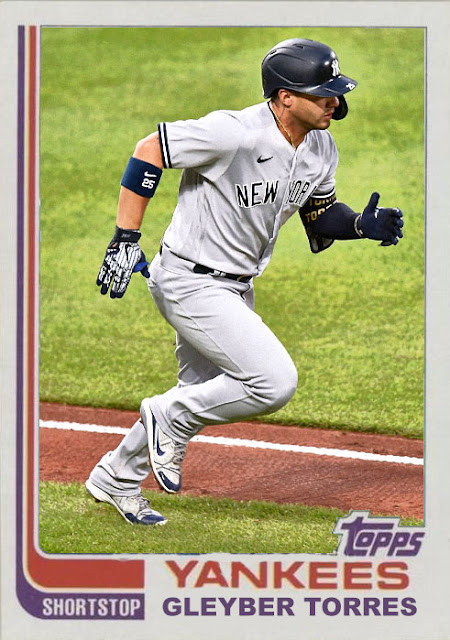 Y'all are just spoiled cause Jeter didn't have many down seasons.

Gleyber Torres has 37 RBIs, as many as Gary Sanchez and D.J. LeMahieu, leads the team in stolen bases with 10, and because he's only hitting .246 with a 0.7 WAR, people have begun calling Torres one of the biggest busts in recent history. You know, people were calling Shohei Ohtani that last year, so maybe we shouldn't really give a shit about how a person looks during one down season. Ohtani had TWO down years and now he's setting the league on fire. It took Vlad Jr. 2 years to find the average he was looking for. Hell, it took Kendall Graveman four years to figure out how to stay healthy and now he's on his way to a bullpen gig in Houston.

This shit takes time, y'all. Which, coincidentally, is what I'm also finding myself saying to my fellow Yankee fans a lot.

The team's in third right now, nowhere near the bulk of the wild card race, but it's also July, right before the trade deadline, and before a lot of other variables might be factored in. The Yanks have two straight series' in Florida, against the Rays and Marlins. The Rays this team can technically be a match for, even despite Nelson Cruz being himself. The Marlins they'll have no trouble with. Meanwhile, the Jays are falling, the Mariners might lap the A's, and the Yanks are only 3 games behind them both. This is very doable.

Also, Judge, Urshela and Loiasiga are all back, and they look to be in good shape. Odor, Taillon and Greg Allen are coming through for us when we never expected them to. Sanchez, LeMahieu, Torres and Stanton can still produce on a regular basis. Cole and Montgomery are still excellent starting options. Odds are that Clay Holmes is gonna be a cool bullpen addition, and odds are also that the eventual centerfield addition is gonna bring this team some huge strides.

It's easy to look at a team in slow-motion at one single point and go 'they're worthless'. But until our number is up, I'm not gonna give up on believing that this team can still accomplish great things. They're just streaky, like usual this era. They could come clawing back like never before given the right circumstances. Just you wait.