Pay No Attention to the Turmoil Behind the Sox 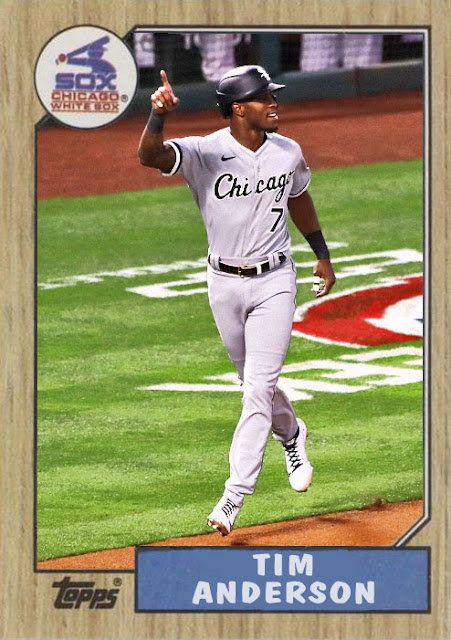 Tony LaRussa would like me to tell you that there is absolutely nothing wrong with the White Sox right now.

Really, nothing. Yermin Mercedes was always happy, even in AAA. The people who used to have a place in Comiskey named after them before Tony replaced them are gracious. Tim Anderson hasn't started on the fact that LaRussa has a lot of privilege still having a job after getting caught with a DUI. It's all sunshine and roses.

I mean, look at the standings. The Sox are still in first! Any competitors are 10 games out. The team's still hot after the ASG break! The whole rotation is healthy and surging! How could anything be wrong?

Well...it's still the issue that having an old-guard manager like LaRussa with a very new-school, revisionist team full of people like Tim Anderson, Michael Kopech and Yoan Moncada isn't always going to fit. We're still not past the fact that LaRussa essentially ran a guy out of the league because he hit a home run on a 3-0 count off of a position player during a blowout. In the swing-on-everything, strikeout-or-homer game we're playing right now, decorum has little to no place. And it's become clear that LaRussa's cruelty towards Mercedes after this directly led to his numbers dropping, as he's been hitting well in AAA.

And while I'm thankful that Mercedes is gonna be back in no time and isn't retiring...this should have been the straw that broke the camel's back regarding LaRussa. There's probably a lot of people on this team that want to say something, especially people like Tim Anderson who are progressive voices in the game, but probably can't because of fear of what LaRussa and his influence could do to them. LaRussa already is a Hall of Famer, he already has a ring or so, and he has nothing left to prove. There is nothing that this White Sox team can do for him that he hasn't gotten already. The players probably don't want him there, and while Manfred is gonna probably protect him as much as possible, because he subscribes to the same old-baseball BS that LaRussa does, keeping him around isn't going to work for anyone. It didn't work for Bobby Valentine in 2012, and it's not working now.

But because the White Sox are doing well, and they're probably a lock for the playoffs, it's not likely that much will be done. This is the gig, it seems.

The continued surge in the stands is surprising because the Sox are still struggling with injuries. Grandal is now on the IL, and Zack Collins is being pressed to start, which isn't going too well for him at the plate. The Sox are still playing Brian Goodwin and Billy Hamilton as starters in the absence of Jimenez and Robert, and that only works so much. Leury Garcia is thankfully a great replacement for Madrigal in the infield, but they kinda got lucky there. Adam Engel, Gavin Sheets and Jake Burger are all doing well in bit parts, but I am thinking that one of them could be subject to a trade next week as people are gonna begin to come back soon. I'm already blinking and seeing Burger in Diamondbacks colors.

I sincerely hope the Sox keep up the good work, and figure out how to work with LaRussa. Because what happened with Yermin Mercedes shouldn't happen. The old ways aren't the only ways. And if they are the only ways for you, you're too old for the game.

Coming Tomorrow- Hopefully a lighter-hearted post. A 'magic hat' player for the Brewers, and the reigning trade deadline champ.