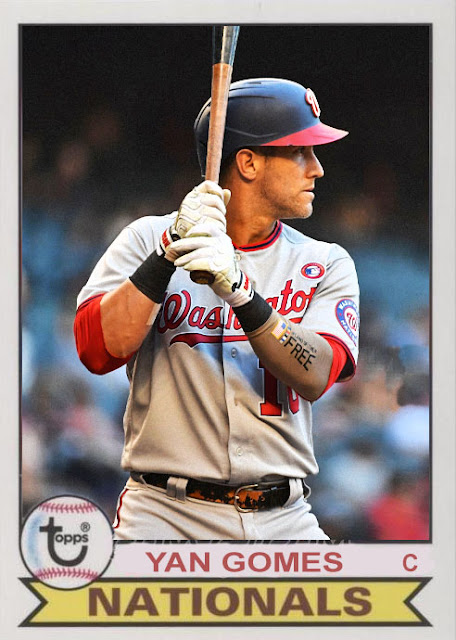 In mid-June, the Washington Nationals decided to go for a reprise of their big 2019 'go on an absolute tear starting in mid-June' schtick, getting all the way up to 2nd place by the end of June. Unlike in 2019, though, the streak ended, and the team plummeted back to fourth in the first 10 days of July. So, back to business as usual for the Nats- staving off both the Marlins and inevitability.

One is easier than the other. The Nats have a bit more luck going for them this season than the Marlins, and can feasibly stay ahead of them in the standings for a bit. But the other one will be a little trickier.

After this season, the Nats are in danger of losing Yan Gomes, Max Scherzer, Ryan Zimmerman, Starlin Castro and Josh Harrison. A lot of pillars of this team. They won't be completely empty-handed, but...Scherzer has been the one constant in the Nats' rotation this year, and taking him away could make things more of a free for all with people like Joe Ross, Erick Fedde and Patrick Corbin flailing along and trying to hang onto consistency.

Then there's Yan Gomes, who, like he did in Cleveland, has become a very consistent, solid starting catcher without doing a great deal of showy stuff. Gomes is hitting .266 with 33 RBIs, not bad at all. He's currently injured, so this could be a preview of how next year might go. Tres Barrera somehow has the starting gig, because...I guess DFA'ing Jonathan Lucroy wasn't such a good idea after all, and Jakson Reetz is backing him up in Alex Avila's absence. Next year, one of these guys might have the be the starting catcher, and that might not be as fun.

Replacing Castro, Harrison and Zim is easier because you have deep infields, and the Nats have people like Luis Garcia and Carter Kieboom are waiting behind. Plus, Zim, good as he is, is backing up Josh Bell this season, and Bell is just now beginning to start hitting well. Which...about time, man. Glad you could show up. But then the Nats might have to go over this whole thing again in 2023 when Trea Turner and Bell are free agents.

The reality is that even if the championship was only 2 years ago, the core of this team may continue to fall apart if the teams aren't competitive. If it was a fluke run, then this won't stay together. And the beauty that is watching Turner, Soto and Scherzer surge together may not last.

We're pausing customs for the ASG break, and tonight I have something for the Home Run Derby.