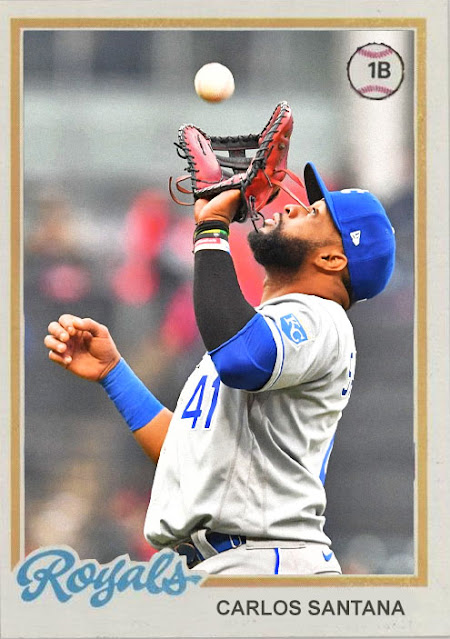 Part of what makes this particular Royals collapse so disheartening is the fact that they started out looking really good. This hasn't happened in the past 4 seasons of mediocrity. Usually they just sort of sink to the middle-to-bottom of the AL Central and that's what we're in for. But the Royals came out strong in Spring Training, had an excellent April, and looked positively fresh for a bit. On May 1st, they had a 16-9 record, were in a good spot in the division, and were feeling very confident.

Then the collapse. Then a nice stretch that put them above .500 for a bit longer...then an even bigger collapse that lasted the entirety of June. The only thing keeping the Royals out of last are the equally-disappointing Twins. While the Twins may be the bigger disappointment, the Royals had fans thinking things would be going alright for a split second. They had early momentum. And then lost it. And now here we are again, another inconsequential Royals team.

Though just because Salvador Perez will likely be their only ASG rep doesn't mean the rest of the team isn't still putting in the work. Whit Merrifield still leads the league in stolen bases, has 45 RBIs and is still the moral center of the team. Danny Duffy is healthy again and still holding onto some excellent early numbers. Kyle Zimmer, Scott Barlow and Jake Brentz have all been fantastic bullpen pieces. And Carlos Santana is having a bounce-back year, with his usual high-power stuff, including 48 RBIs and 13 homers. Santana may be away from Cleveland, but he's fit into this lineup arguably more than he would have in this Indians lineup this year.

Now, the main issue here is the lack of production with this rotation, and spotty numbers from Mike Minor, Kris Bubic, Brad Keller and Brady Singer [despite decent strikeout numbers from Minor and Singer]. This is still a young rotation, but the fact that a lot of these troubles are happening now and detracting from what could be a nice season is very telling.

I'm guessing a few pieces could get dealt at the deadline, though I'm not sure how big they'll be. I assume Perez, Merrifield and Duffy are sticking around to oversee another round of challengers, but...how many more years is this same cycle gonna take place?

Coming Tomorrow- He's been injured on and off for 4 years, and his team has finally figured out what to do with him: give him the ninth.