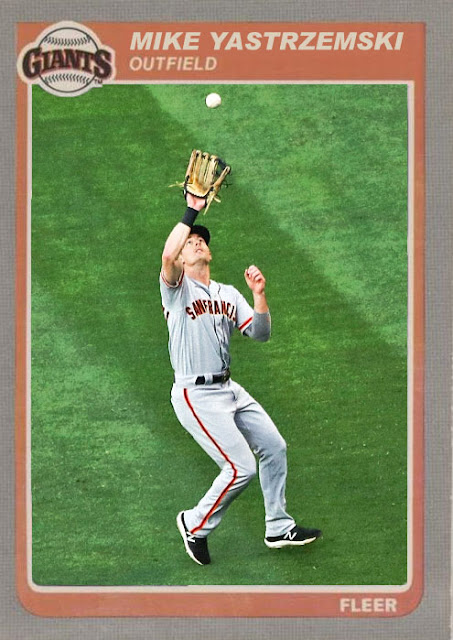 It's mid-July and the Giants are still in first. I'm kinda cool with this.

First of all, they're so many games over .500 that it's downright impressive, being 61-35. They've also done this while sustaining a minimal lead over the Dodgers [now at 3 games], and have only had two losing streaks longer than 2 games. They also have 11 players with at least 1 WAR, 6 players with at least 2 WAR, and 3 players with at least 3 WAR, two of which being Kevin Gausman and Anthony Desclafani, two rather cheap pickups that most teams passed on.

And also, yes, the Giants still have Buster Posey, Mike Yastrzemski, Steven Duggar and now suddenly Wilmer Flores and Darin Ruf all surging. It's a very good time to be a Giants fan.

There is a worrying detail, though, in the injuries to Evan Longoria, Brandon Belt and Brandon Crawford, three big pieces of the Giants' infield [all of which are over 30]. Add that to the already-out-for-the-year Tommy La Stella and you have a less-confident infield for the first time in years for this team. The good news is that Ruf has done perfectly well covering at 1st, and his average is approaching last year's levels finally. Flores has mastered the third base gig and is now hitting .251 with 33 RBIs. And of all people, former Yankee Thairo Estrada has been the most helpful taking over for Crawford. Like Mike Tauchman, Estrada was cut from a bulging Yanks team and his bringing his bench talents to SF to great results so far.

Also, it looks like Jake McGee has finally got the hang of the closing gig, with a lower ERA in addition to his 20 saves. Pretty much the whole bullpen right now is sharp, with choice performances by Dominic Leone, Zack Littell and Tyler Rogers. The highest starting ERA is Johnny Cueto's 4ish one, and even he's still doing decently enough. Gausman and Disco have brought some rotation firepower to this team that no one could have predicted, and even Logan Webb and Alex Wood have complemented them well.

Plus, Taz may not have a very high average, but he's power-hitting really well, and having another strong season in SF. I was worried he'd be a fluke after his 2019 debut, but he's really settled in for the Giants, and has become a mainstay there, even surrounded by contracts and such.

The stretch will yield big players coming to NL West competitors, and the Giants may grab one to stay hot themselves. I'd like to see them upset the Padres and Dodgers for the gold, though any outcome will probably be a thrilling one.