Free of Blame in Houston 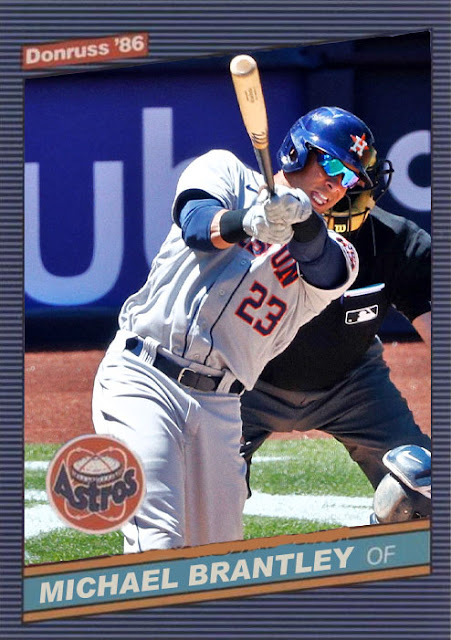 Michael Brantley began his career being traded for C.C. Sabathia. He missed an entire year due to injuries while his team made it to a World Series. He's been trying to prove himself his entire career, and to a degree he has succeeded- Brantley's made five All-Star teams, has a career .299 average [and is a few points from breaking 300], has never scored lower than 2 WAR in a full season since 2011 [aside from his injury-plagued 2016], and currently is one of the single best contact hitters in baseball by a large margin.

Except...the only problem is that since 2019, he's been playing for the Houston Astros. Who are all pretty much smoke and mirrors, and even the consciously good performers like Jose Altuve and Carlos Correa have an asterisk next to them.

Now, I'm of the firm belief that Brantley didn't do a hell of a lot wrong. He certainly played by the rules in Cleveland, and he didn't exactly change a great deal when signing with Houston. Is there a chance that maybe he contributed to the group deception? Maybe. But I don't think his big numbers in 2019 and 2021 have anything to do with being on the Astros. It's a lot like the pitchers in Houston, they had nothing to do with the trashcan scheme, they were always doing their thing, and guys like Justin Verlander, Charlie Morton and Zack Greinke shouldn't have their careers marred. Gerrit Cole, though...may have to recover from another scandal. But that's completely different.

So Brantley's having another huge 2021. Good for him, I suppose. I assume he's playing the right way. But him doing this on the Astros, surrounded by so many players I do not like, is a little harder to stomach. The Astros are currently in first by 2.5 games, and are looking at two straight series' against beatable teams. The only pieces who are injured are Alex Bregman and Jose Urquidy. Everyone else is playing well because too much of the core remains, and they haven't exactly been scattered for their insolence. I can only be okay with so many players from this team, like Brantley, Greinke and Pressly, doing well when so many have played huge parts in the cheating scandal.

Coming Tomorrow- His team just broke 60 wins, and he's still one of the chief pieces of them.