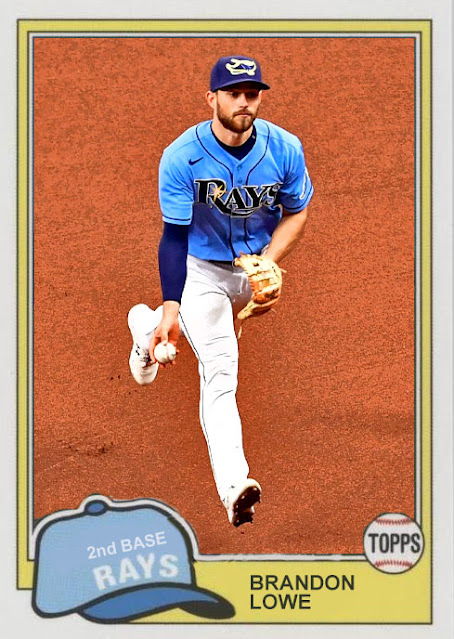 There are officially two teams at the top of the AL East. The Boston Red Sox and the Tampa Bay Rays. The Yankees have cut down the Sox's lead, and the Rays have caught up. Meanwhile, all three teams will likely be stocking up in the coming week. So...now what?

Well, the Rays are having one of the most intriguing trade years in some time. Their first move of the season was trading their shortstop, Willy Adames, to Milwaukee in exchange for bullpen help in the form of Drew Rasmussen and J.P. Feyereisen. Why did they need bullpen help? A week earlier, they had cut Hunter Strickland and let the Angels take him. They had solved a problem they had helped to create themselves.

Then they had the issue of shortstop, which couldn't be fixed by Taylor Walls or even Wander Franco [though Franco is sloooowly getting better]. It is an issue that still persists, and could be helped by trading for one of the many infield pieces on the block. They did have a lot of outfielders and flexibility there, but by making the first big move of the July deadline season to get Nelson Cruz, the Rays made that situation even more crowded. Manuel Margot is hurt, yes, but now Austin Meadows has to play outfield more often, which is not his strength, and Brett Phillips is now more of a bench/alt type.

Meanwhile, starting pitching became an issue once Tyler Glasnow got hurt. It would have been less of an issue if they hadn't traded Trevor Richards to the Brewers all the way in May. So then they had Ryan Yarbrough, Shane McClanahan, Michael Wacha, Rich Hill and Josh Fleming all capable of starting, which was a solid rotation but a bit thin. So...then they trade Rich Hill to the Mets. Why?? What good comes of that? Now you need pitching help again? Today, Drew Rasmussen started, and by the grace of the Tampa offense he did a nice job, but...at this point, the Rays have less of a solid rotation and more suggestions at this point. The only person starting games that's started every single one has been McClanahan, the rookie. That's odd.

The Rays have proved that they are buyers this season, and that they are competitors. But whenever they fix something, something else falls off, and it's usually their fault. Some things, though, happened on their own- Brandon Lowe's average stopped being a factor, Glasnow got caught with sticky stuff and promptly got injured trying to pitch without it, Meadows is getting colder, and the bullpen still isn't perfect.

It's very possible that the Rays could get past all of this and still make it to the playoffs, and they've overcome worse issues in the past. But this is a lot of very suspect and very confounding behavior from a team that just won an AL title, and I hope some of it works out for them.

Coming Tonight: Three seasons into his contract, he finally started hitting like he used to for the Phillies.